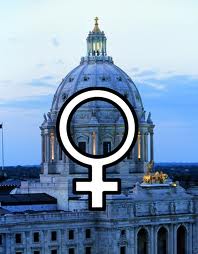 As this blog predicted, both politics and religion have entered the women's health arena and it may result in a reduction in hard-fought-for services and advances for women.  Recently, the US Dept. of Health and Human Services modified the final ruling that requires new health insurance plans to cover contraceptive services without a copay or deductible by August 2012.   A temporary compromise, giving non-profit employers who, based on religious beliefs, do not want to include contraception access within their plans, an additional year to adapt to the new ruling.  While churches are exempt, hospitals and other large social services that may have religious affiliations will be expected to offer contraception in their plans by 2013 and they are not happy about it.  Religious leaders are rallying against the new ruling and women who need contraception are feeling outraged.

Since many of our readers are outside the U.S. and have universal access to contraception, let me explain.    Many women in the United States use contraception, especially the 'pill',  even though it is rarely covered by insurance requiring women to paying for it 'out of pocket'.  The average cost per year is $600 which is a financial challenge for many younger women.   In order to meet the needs of women with limited incomes,  social service programs have been providing contraception through local public health departments and agencies like Planned Parenthood but their resources are limited.    When viagra was released for men--and covered by most public and private insurance plans- it refueled the argument for insurance coverage for contraceptives.  It should be noted that contraceptives not only prevent pregnancy, they are often used to regulate difficult menses, reduce the risk of ovarian cancer, treat fibroids,  and reduce anemia due to heavy menstrual bleeding.

The role of churches, synagogues, and mosques is to provide a place to provide spiritual guidance to their members based on the teachings of their faith.   According to the US Constitution, these institutions have the freedom to preach and practice their faith.  Their members generally adopt those beliefs and practice them in their daily lives.  These institutions are not free to impose their beliefs on others who do not espouse their teachings.

Hospitals and social service agencies are not houses of worship.   Decades ago, most hospitals were run by religious orders.   Today,  hospitals (whether public, private or non-profit) are very large businesses that provides a valuable service and are paid for most of these services.   They take in patients no matter what their religion.     Hospitals also have to be competitive to attract the best employees by offering a comprehensive benefit package which includes a list of services that they may or may never use.     Hospitals are subject to legal business practices because they are corporations (registered with the local state)  and dependent on third party payers (insurance or public aid) to support their services.  Because they accept third party payment in the form of insurance, they need to follow certain federal and state regulations.     The days of the kinder and gentler Catholic hospital run by nuns is gone.  Now, religious hospitals are merging into big, competitive conglomerates.   As such, they are a business that just so happens to have a religious affiliation.  They do not preach theology in waiting rooms.   Staff members do not need to be a member of a certain house of worship to work there.

P.S.  Word on the street is that government leaders are split on this issue with women more in favor of better access to contraception. The National Women's Law Center is requesting help with a petition that you can sign on by clicking HERE.