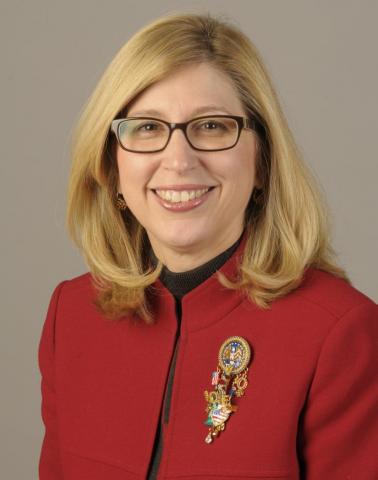 Teresa K. Woodruff Ph.D. is the Dean and Associate Provost for Graduate Education in The Graduate School at Northwestern University. She is also the Thomas J. Watkins Professor of Obstetrics & Gynecology, the Vice Chair for Research and the Chief of the Division of Reproductive Science in Medicine in the Department of Obstetrics and Gynecology, Feinberg School of Medicine. She is Professor of Molecular Biosciences in the Weinberg College of Arts and Sciences, and Professor of Biomedical Engineering in the McCormick School of Engineering. She is the Director of the Center for Reproductive Science (CRS), Founder and Director of the Women’s Health Research Institute (WHRI), and Director of the Oncofertility Consortium. She is an internationally recognized expert in ovarian biology and, in 2006, coined the term “oncofertility” to describe the merging of two fields: oncology and fertility. She now heads the Oncofertility Consortium, an interdisciplinary team of biomedical and social scientist experts from across the country. She has been active in education not only at the professional level but also with high school students. To this end, she founded and directs the Oncofertility Saturday Academy (OSA), one of several high school outreach programs that engages girls in basic and medical sciences.  She was awarded the Presidential Award for Excellence in Science Mentoring in an oval office ceremony by President Obama (2011). Widely recognized for her work, Woodruff holds 10 U.S. Patents, and in 2013 she was named to Time magazine’s ‘Most Influential Persons’ list. Some of her recent awards and honors include a Guggenheim Fellowship (2017), the Society for Endocrinology Transatlantic Medal (2017), and a Leadership Award from the Endocrine Society (2017).  She has two honorary degrees including one from the University of Birmingham, College of Medical, UK (2016). She is an elected fellow of the American Institute of Medical and Biological Engineering and the American Association for the Advancement of Science (AAAS). She is past-president of the Endocrine Society and championed the new NIH policy that mandates the use of females in fundamental research.  She is civically active and is an elected member of The Economic Club of Chicago and on the school board of the Chicago-based Young Women’s Leadership Charter School.

The Morning After: Women, the Vote, and Reproductive Health
Posted by Teresa K Woodruff on November 8, 2012 - 9:24am 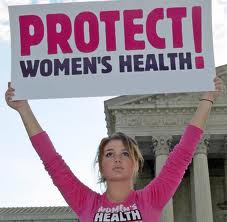 Yesterday morning we awoke to a political landscape that seems jarred by the process of democracy, but ready to move forward as a nation.  Three issues defined the outcome:  the percent of women who chose democratic principles; the resounding losses by candidates who are antiquated in their thinking about pregnancy, in particular; and, the need to hold all of us accountable as citizens in the care of each other starting at the research bench to the bedside.   I’m a reproductive scientist and direct the Women’s Health Research Institute at Northwestern University, so these issues are my issues and it is now time to look forward and identify actionable steps that moves our field forward.

I’ll start with the women.  I believe the 55% to 43% differential in the women’s vote for Obama was not just a vote for a person, but for a platform.  It is a vote that recognizes that sexuality is not something that can be regulated by the state.  It is a vote that states emphatically that the fact of rape is never legitimate. It says that the consequences of forced intercourse are never ‘god’s will’.  Women ‘got’ the vote in 1920 and today their votes say that the politicians must begin to understand that women’s concerns are important and legitimate.

How we move forward to ensure that women’s bodies and their health are not political footballs or pincushions (depending on your gender-identified metaphor) is critical.  Here are some suggestions:

I’ve gone from the very broadest issue of our day – the election and women’s issues and women’s votes – to the very granular issues of funding the next generation of research.  Bill O’Reilly, speaking on Fox News election night said that 50% of the population voted for Obama because they want ‘stuff’.  I think the ‘stuff’ we want is the right to speak our mind and be heard on issues that concern our health and the health of our families. We want  our bodies to be respected by politicians, scientists, and everyone in between.  The ‘stuff’ we want is assurances that the biomedical community is including male and female animals and patients in all of the scientific studies that we, women, fund through our taxes.  The ‘stuff’ we want is to make sure that there is a way forward for research in an area that without question, touches each and every one of us.  Our vote suggests that that ‘stuff’ is important and on this ‘morning after’ we are looking forward to the next four years.

Welcome to the Institute for Women’s Health Research Blog!

Established in November of 2007, the Institute for Women’s Health Research was created at Northwestern University to help accelerate basic science and clinical research that will advance our knowledge of women’s health. Our mission is to increase the women’s health research portfolio at Northwestern University and our clinical affiliates; we focus on 5 ambitious goals to accomplish this mission:

Please check back soon, we will be updating often and we welcome feedback!   What do you think are the top issues related to women's health?