Skip to main content
Are Emergency Contraceptive Pills Too Taboo for the Social Media Market?
Posted by Megan Castle on June 24, 2013 - 2:52pm 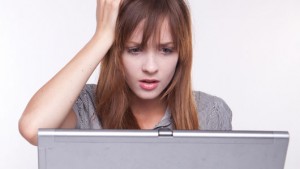 Many women don’t have all the facts when unprotected sex occurs.  Emergency contraceptive methods represent evolving and scientifically viable options for many women, yet are not adequately marketed to the public.  Emergency Contraceptive Pills (EPCs) offer women a fast and private over-the-counter option to use after unprotected sex.  With the multitude of contraceptive agents on the market, EPCs would seemingly be added to the marketing of family planning initiatives.  Yet, surprisingly, EPCs are not marketed effectively, and many women who may wish to consider EPCs as a last-resort option do not have sufficient access to this information.

Elizabeth Westley and Tara Shochet investigate this informational gap in their article Social Marketing of Emergency Contraception: Are We Missing a Valuable Opportunity?  In their attempt to understand this dilemma, they conducted a survey of four social marketing organizations that focused on contraceptive products.  These four organizations were DKT International, Marie Stopes International, Population Services International, and ProSalud Inter Americana; Westley and Shochet identified sub-programs housed under these organizations to get a large enough sample size for their research.  After extensive correspondence, they found that of the 100 programs they documented that focused on family planning, only 33% of them had substantial emergency contraceptive programs.  With data showing that, since 2005, ECPs sales have increased by roughly 7 million, it is difficult to understand why organizations are failing to develop EC programs when there is a clear consumer demand. 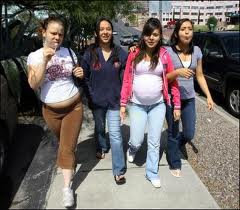 In 2009, a total of  409,840 infants were born to 15−19 year olds, for a live birth rate of 39.1 per 1,000 women in this age group. Nearly two-thirds of births to women younger than age 18 and more than half of those among 18−19 year olds are unintended. The US teen birth rate fell by more than one-third from 1991 through 2005, but then increased by 5 percent over two consecutive years. Data for 2008 and 2009, however, indicate that the long-term downward trend has resumed. The U.S. teen pregnancy and birth, sexually transmitted diseases (STDs), and abortion rates are substantially higher than those of other western industrialized nations.

Teen pregnancy and childbearing bring substantial social and economic costs through immediate and long-term impacts on teen parents and their children.

Teen pregnancy accounts for more than $9 billion per year in costs to U.S. taxpayers for increased health care and foster care, increased incarceration rates among children of teen parents, and lost tax revenue because of lower educational attainment and income among teen mothers. Pregnancy and birth are significant contributors to high school drop out rates among girls. Only about 50% of teen mothers receive a high school diploma by age 22, versus nearly 90% of women who had not given birth during adolescence.

The children of teenage mothers are more likely to have lower school achievement and drop out of high school, have more health problems, be incarcerated at some time during adolescence, give birth as a teenager, and face unemployment as a young adult.    These effects remain for the teen mother and her child even after adjusting for those factors that increased the teenager’s risk for pregnancy; such as, growing up in poverty, having parents with low levels of education, growing up in a single-parent family, and having low attachment to and performance in school.

Teen pregnancy prevention is one of  the Center for Disease Prevention and Control's (CDC)  top six priorities, a “winnable battle” in public health and of paramount importance to health and quality of life for our youth.

Non-Hispanic black youth, Hispanic/Latino youth, American Indian/Alaska Native youth, and socioeconomically disadvantaged youth of any race or ethnicity experience the highest rates of teen pregnancy and childbirth. Together, black and Hispanic youth comprise nearly 60% of U.S. teen births in 2009, although they represent only 35% of the total population of 15–19 year old females. CDC is focusing on these priority populations because of the need for greater public health efforts to improve the life trajectories of adolescents facing significant health disparities, as well as to have the greatest impact on overall U.S. teen birth rates. Other priority populations for CDC’s teen pregnancy prevention efforts include youth in foster care and the juvenile justice system, and otherwise living in conditions of risk.