Skip to main content
The Link between Mental Health and Aging: Keeping the Brain Young
Posted by Megan Castle on July 25, 2014 - 2:55pm 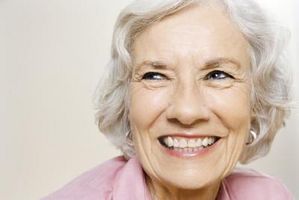 It is becoming a concern in many sectors that the population is aging as the baby boomers are one of the largest segments of the population. One of the parts of this is looking at cognitive ability and mental health in this demographic.  Helping people in their later years to maintain both physical and mental health is a public health issue. Older people are prone to depression and dementia, and research is showing that there are steps that can be taken to help alleviate the symptoms of both of these. This article will highlight some of the research and what this research points to in regard to preventing cognitive decline.

Zanjani, Kruger, and Murray (2012), discuss the organization Mental Healthiness Aging Initiatives.  This organization promotes education, awareness and action in regard to mental health in elderly rural adults. They have found that mental health problems and drug use can be problems found in this population.  In addition, 50% of this demographic may suffer from depression which has been found to decrease life expectancy by as many as 25 years.  Because of these findings, it becomes prudent that focusing on these problems and the problems of aging in general would be well advised.

Research is beginning to also focus more on healthy aging as more of the population is getting older (Bryant, et al., 2012). Successful aging is defined with a number of components.  These include a lack of disability, good general health and mental health, social function, and a lack of dementia.  These authors see attitudes toward aging as being an important factor in these components. Negative attitudes toward aging can lead to depression. On the other hand, positive and optimistic attitudes to aging meant better life satisfaction and better physical health. Health care professionals can increase more positive outlooks on aging by educating patients about activities that can help keep mind and body young.

In the same vein, Carlson, el al. (2012) discusses activities and memory.  Some of the listed activities for better cognitive functioning include reading books, doing crosswords, and taking classes that are often offered through local colleges.  Seniors should also think about volunteer activity, joining into activities at community centers that are geared toward the aging population, and other social connections.  The authors state that more than frequency, intensity, and duration of an activity that the most important component is to engage in a diverse routine of many of these activities for more positive cognitive outcomes.  They suggest that activities like this may be even more important for women than for men, given their longer life expectancies and increased likelihood of decline in cognitive functions.  The authors note that one barrier to this can be that women are more likely to be caretakers which can impede their abilities to find the time to devote to developing healthy brain routines.

From a physical and brain functioning aspect, Deslandes, et al. (2009), suggest that exercise is also an important undertaking in aging. Exercise has been shown to be correlated with better brain function. It should be noted that any type of physical activity is preferable to no activity at all. There are specific approaches to helping people become more active.    In addition, water exercises are usually a good alternative for those with arthritis and joint pain and programs specifically for seniors are often found at the local YMCA. Short walks, stretches, even owning a pet can increase physical activity in seniors.

Cook (2007) suggests that any and all of these approaches are a good idea for all ages of people. Routines are easier to adhere to when they have been in place for a longer period of time. Starting at a younger age can benefit the mental health of most age groups. According to Cook (2007) exercises that improve logic, processing, memory, and intellectual development should be the aim. Games focusing on analytical thinking are a good place to start. These include word games like Scrabble, chess and checkers, and even the children’s game Memory. Many times a google search can lead to online computer games and software available to develop these skills.

Aging is an inevitable part of the life cycle. Learning to navigate it can be challenging. Health care professionals should be advised to do what they can to encourage some of the activities outlined above. It is much easier to prevent physical and mental health problems than it is to treat them once they have taken over. The population is aging due to the baby boomers and this fact should not be ignored. Many of these people have lived long successful lives, and helping them to maintain a good quality of life should be a priority.

Getting regular, moderate-intensity exercise may be critically important for postmenopausal women who want to reduce their risk of cancer, heart disease and other chronic diseases, according to a study led by researchers at Fred Hutchinson Cancer Research Center in Seattle.The reason: exercise effectively reduces intra-abdominal fat, a hidden risk factor for many chronic illnesses including cancer, heart disease, and diabetes.

Lead investigator Anne McTiernan, M.D., Ph.D., a member of Fred Hutchinson's Public Health Sciences Division, and colleagues report the results of the largest randomized clinical trial to assess the effect of exercise on overall and intra-abdominal obesity in postmenopausal women in the Jan. 15 issue of the Journal of the American Medical Association. Researchers from Fred Hutchinson, the University of Washington, Yale University and the University of Colorado collaborated on the study.

"Even if a woman who exercises regularly doesn't see the benefits of dramatic weight loss on her scale, our results indicate that she can feel confident that she is improving her health, because regardless of the amount of weight lost, we now know that exercise reduces hidden intra-abdominal fat, the most dangerous type of fat," said McTiernan, director of Fred Hutchinson's Prevention Center. "This study gives us direct evidence that exercise can affect biology related to cancer and other chronic diseases in older women."

Reducing intra-abdominal, or visceral, fat is important because in addition to increasing the risk of cardiovascular disease and diabetes, among other conditions, such fat can raise insulin levels, which promotes the growth of cancer cells.  People with high levels of intra-abdominal fat may not even know it, McTiernan said, because it is hidden, deposited around the internal organs within the abdomen. "Most women don't know about intra-abdominal fat, but they should, since it is the most clinically significant type of fat and it's where women tend to store fat after menopause."

Although it is known that so-called "apple-shaped" people who store their fat around the stomach are at higher risk for conditions such as diabetes, hypertension and stroke than "pear-shaped" people who store their fat in their buttocks and thighs, visceral obesity is not necessarily correlated with body shape, McTiernan said. The only accurate way to determine the presence and extent of intra-abdominal fat is with imaging procedures such as CT or MRI scans. "Because it is so costly to measure intra-abdominal obesity, until now very little data has existed on the impact of exercise on this dangerous, hidden health risk," she said.

This yearlong study involved more than 170 previously sedentary, overweight, postmenopausal Seattle-area women. None took hormone-replacement therapy. Half were randomly assigned to a moderate-intensity, aerobic-exercise group and half, who served as a comparison group, attended a weekly hour-long stretching class.

"The beauty of exercise as a method to reduce total and intra-abdominal fat — and therefore chronic disease — is that it can be done by most women at low cost and with low risk of side effects. In addition, exercise has many other health benefits. The good news is that it is never too late to enjoy the health benefits of exercise," McTiernan said.

Another strength of this study was its randomized, controlled, clinical-trial design, considered the gold standard of study designs in medicine. The participants met three times a week with an exercise physiologist at an exercise facility, where they performed treadmill walking and stationary biking. They also exercised two days a week at home, doing exercises of their own choosing, mostly walking.

"In this type of study, we can directly control for extraneous factors and we directly observe what the women are doing rather than just relying on what they report on questionnaires. Therefore, we have more confidence in the results," she said.

"Most American women gain one to two pounds on average every year, and that adds up to dangerous levels over a lifetime. All women — especially those at risk for diabetes, cardiovascular disease, cancer or high cholesterol — need to stop gaining weight," she said. "Regular, moderate-intensity exercise can help keep the weight from creeping on, which can translate to improved health in the long run."