Vasomotor symptoms, mainly in the form of hot flashes, are the most commonly reported menopausal symptom.  While many people assumed a connection, data was inconsistant, it was only recently that cross sectional survey using the Menopause Health Questionnaire from Mayo Clinic  was conducted that compared users and non-users of caffeine beverages.  A total of 2,507 surveys were completed and after adjusting for menopause status and smoking (caffeine users smoked more than non-users), the researchers found that caffeine users reportied higher vasomotor symptom scores.

There was some evidence of a decrease in neurocognitive symptom bother in premenopausal (not post menopausal women) with caffeine use but more study is need to determine if this is true.  Interestingly, other menopausal symptoms (sleep, blowel/bladder function, sexual function, and general/other symptoms) did not show an association with caffeine use.

To read more on menopause, visit menopauseNU.org or read the full report HERE

Coffee has been widely linked to an array of health benefits including: decreased occurrences of type-2 diabetes; lower risks of Parkinson’s disease; lower risk of colorectal cancer; lower mortality rates; decreased skin cancer risk; and decreased rates of heart failure.  Some studies have deemed coffee unhealthy, but according to others, this claim proves inconsistent and improvable.  There are disadvantages to drinking coffee such as irritability and insomnia, but in general, coffee proves beneficial. In honor of National Coffee Month, pour yourself a cup or two and reap the following benefits.

A study in the journal Food Science and Nutrition cited coffee as being associated with a reduced the incidence of both metabolic syndrome and diabetes mellitus.  Researchers believe this is due to coffee’s antioxidants and its ability to enhance insulin sensitivity, which results in decreased glucose storage.  Specifically, caffeine affects glucose metabolism through increased uncoupling protein expression and lipid oxidation.  This causes decreased glucose storage as well, thus reducing the extent of diabetes mellitus. The same study also attributed coffee to lowering the risk of Parkinson’s disease.  Researchers theorize that this lower risk may be due to antioxidants acting on neural pathways that affect one's risk for Parkinson's. However, the study also said that water intake must be included to reap these benefits.

Additional research reveals that coffee may lower the risk for many other conditions. Certain acids and fiber in coffee may protect against colorectal cancer and skin cancer (specifically basil cell carcinoma), and coffee consumption may also decrease the risk for developing heart failure by 11% (compared to the risk for non-coffee drinkers), but that this decreased risk comes with a two eight-ounce cup limit, with protective benefits undermined after 4 cups.

Drinking coffee does not mean that you will not suffer from the aforementioned conditions; researchers show that it only lowers one’s chances.  There are many other factors to consider such as lifestyle, environment, and genetics. Coffee should not be used solely as a preventive measure, nor should it be considered a reliable treatment for any condition. Additionally, results of the myriad coffee studies are conflicting as far as how much is too much or how little is too little to reap the most benefits. Continued study is required to determine the ideal amount and to understand the mechanisms behind any benefits.

In the meantime, enjoy the 'jo. Cheers to good health. 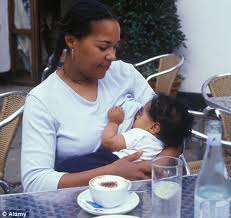 Caffeine is found in a wide range of products in addition to coffee, tea, and chocolate, including soft drinks, sports drinks, and some over-the-counter medications. In a provocative discussion with Dr. Ruth Lawrence, Department of Pediatrics, University of Rochester School of Medicine and Dentistry, Jack E. James, PhD, Editor-in-Chief of Journal of Caffeine Research, asks a variety of probing questions. Is there a safe level of caffeine intake while breastfeeding? Are there potential long-term effects of caffeine exposure on development and intellect? Can a baby whose mother consumed caffeine during pregnancy experience withdrawal if she then abstains from caffeine while breastfeeding? Dr. Lawrence bases her responses on the scientific and medical evidence related to caffeine exposure in breastfed babies, and distinguishes between what is and what is not well understood in this developing field of study.

"Usually a mother, particularly if she is breastfeeding, is cautioned to limit her caffeine intake," says Dr. Lawrence, who is Editor-in-Chief of the peer-reviewed journal Breastfeeding Medicine. After giving birth, mothers "should consume all things in moderation and try to avoid the excesses that might really add up to a lot of caffeine."
References:
*http://www.liebertpub.com/jcr

Coffee benefit seen in endometrial cancer
Posted by Sharon Green on December 5, 2011 - 7:42am 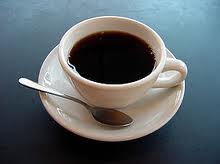 Women who drank at least four cups of coffee daily had a 25% lower risk of endometrial cancer as compared with women who consumed less, data from a large prospective cohort study showed.

"Our findings provide prospective evidence with the potential beneficial role of four or more cups of coffee per day against endometrial cancer risk," Youjin Je, MS, of Harvard School of Public Health in Boston, and co-authors wrote.   "However, recommendations about high coffee consumption should be made with caution. Because our population is relatively health conscious and thus may tend not to add substantial sugar and cream, the results of risk reduction with four cups of coffee per day may not be generalizable to coffee drinkers who typically add sugar or cream to coffee."

In theory, coffee consumption might influence endometrial cancer risk via caffeine's effects on the female hormonal milieu. Studies have shown that coffee or caffeine intake influenced levels of sex hormone binding globulin, free estradiol, C-peptide, and adiponectin, the authors wrote in their introduction.

The prospective Nurses' Health Study (NHS) provided a dataset with characteristics that could address limitations of previous investigations of coffee consumption and endometrial cancer, the authors continued. Initiated in 1976, the NHS accumulated data on 121,700 female nurses who were ages 30 to 55 at enrollment.

Je and colleagues analyzed data on a subgroup of 67,470 Nurses' Health Study (NHS) participants who completed an initial food frequency questionnaire in 1980 and six follow-up questionnaires until 2002. In a complicated analysis, the inverse association no longer remained significant for other variables except for the comparison of four or more cups of coffee daily versus less than one cup daily.

"Unmeasured factors associated with coffee drinking habit may also have influenced our results. However, the factors are more likely to be related to unhealthy lifestyles rather than healthy lifestyles, which make the observed association more inverse after adjusting for the factors."

The study was supported by the National Institutes of Health.