A recent blog talked about the importance of support women in the STEM fields.    A good example is the new partnership between our University and the U of Chicago: 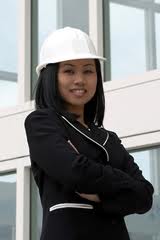 Northwestern University and the University of Chicago have launched the Chicago Collaboration for Women in Science, Technology, Engineering, and Mathematics, a three-year effort to enhance the recruitment and advancement of women faculty members in those fields.

“The University of Chicago and Northwestern are vitally concerned about the advancement of women in STEM at our respective institutions, and through this collaboration we have dedicated ourselves to making significant progress,” said University of Chicago Provost Thomas Rosenbaum, the John T. Wilson Distinguished Service Professor in Physics.  Important elements of the collaboration involve studying the apparent relative strengths and weaknesses of the respective institutions when it comes to fostering a positive climate for women in STEM, said Northwestern Provost Daniel Linzer.

The new collaboration for women in STEM includes two yearlong programs: Navigating the Professoriate, for tenure-eligible faculty members; and Beyond Tenure, for tenured associate professors and professors.

The Navigating the Professoriate program is designed for tenure-track assistant professors in the biological, physical, and social sciences, and in engineering.  The program began Oct. 26 with a session on “The Art of Negotiating,” led by Victoria Medvec, executive director of Northwestern’s Center for Executive Women and a Professor of Management and Organizations at the Kellogg School of Management.   Statistically it’s fairly well documented that, on average, women do not negotiate as often or as well as their male counterparts.

The Beyond Tenure program kicked off Oct. 17 with a session titled “What’s Next: Imagining Your Career.” The program was designed to help tenured professors in the biological, physical, and social sciences become architects of their own destiny.  “The idea of taking the long view of your own career and figuring out what you need to do to get there after you’ve already gained a level of success is really a new perspective for many women,” said Peggy Mason, one of the program’s organizers and a professor of neurobiology at University of Chicago.   Women can decide to continue what they have already been doing, but other choices might include becoming a department head or dean, taking a leadership role in a professional society, directing a center, or starting a company.

Naturally women are more dedicated resources than men.As also said women generally wont negotiate like men.Universities are encouraging women because they work with more dedication and Not only in stem fields but also in all the fields there has been growing demand for women resources and so they are emerging as leaders..
The Northwestern University has taken the right decision for the women faculty in the university. We all really appreciate this decision.
Women have different capabilities than men, and they should work together for the benefit of mankind.
Statistically it’s fairly well documented that, on average, women do not negotiate as often or as well as their male counterparts.
I'm so proud in being a women. Women can do anything and be great at them. Cheers for girl power! Great job for these women in their jobs. They are an inspiration.