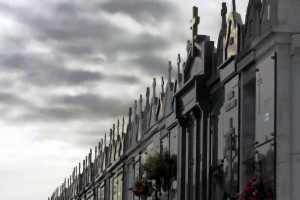 The health of pregnant women can say a lot about a region. It can indicate the accessibility and affordability of health care, as well as how much recognition maternal health receives in the region. A healthy pregnancy results in healthier children and decreased risk for maternal death. Conversely, measuring maternal mortality rates can also indicate the level of health resources within a country

In 2000, the United Nations adopted the Millennium Declaration, which established a series of goals including Millennium Development Goal 5. The goal aimed for a 75% reduction in the maternal mortality ratio (MMR) from 1990 to 2015. The MMR is a common statistic used to indicate the number of women, that die while pregnant or within 42 days of giving birth, for every 100,000 live births.

The Bill and Melinda Gates Foundation funded a study looking at maternal mortality rates over the past 28 years. In a report published in the Lancet this May, the authors examined the MMR across the globe using a variety of national and regional reports.

Additionally, in 2008, all the countries in western Europe, Canada, and Australia had maternal mortality rates below 10 (Italy was lowest with 4). The USA, on the other hand, had an MMR of 17, an increase from 1980, which the authors say may be due to increased reporting.

In contrast, over 21 countries had no data for the entire period between 1980 and 2008. Many of these countries are in northern Africa and the Middle East, which may indicate a low awareness of maternal mortality issues.

While the global MMR decreased over the past 28 years, the spread of HIV over the 1980s and 1990s initially caused maternal deaths to increase. Better treatment of HIV-positive women now prevents many of these maternal deaths (and decreases the spread of the virus during childbirth). Over this time period, the MMR was estimated to decrease 1.5% a year. While an improvement, it does not meet the 5.5% annual MMR decrease needed to meet Millennium Development Goal 5.

While the authors could only speculate on the direct causes of decreased maternal death rates, they do suggest some possibilities. During this same time period as the study, the total fertility rate decreased, which usually correlates with decreases in maternal mortality. In addition, income per person rose, particularly in Asia and Latin America. This can affect maternal and child mortality by increasing nutritional status and access to health care. Maternal education levels and birth assistance by a skilled professional also increase maternal health.

While it appears that the maternal mortality ratio will not meet the 2015 goals of the Millennium Declaration, continued efforts are being put forth to promote this important issue. President Obama has also proposed the Global Health Initiative, which will invest federal dollars to help other countries strengthen their health systems, with an emphasis on maternal and child health. In addition, public health advocacy groups also work around the globe to support this mission, including the White Ribbon Alliance. By working together, these organizations may continue to increase the awareness of health care for pregnant women and reduce maternal deaths.

To read Kate’s posts about issues surrounding cancer and fertility, go to the Oncofertility Consortium Blog.

A positive sign for the human race!
Maternal death decreasing slowly... seriously? Anyway, this is a good isgn!
This is good news, for the most part. I just think it is so sad that we have the technology in the world to save more lives of women, but due to lack of resources in underdeveloped countries, it is not being used.
your openeing paragraph is so true! Maternal deaths, say a lot about a country... Especially when we consider that less than 1% occur in the developed world occur mostly from infection. Which is a sad fact really - given that with good sanitation and better health care that number could be significantly reduced. Most of these deaths have been medically preventable for decades.
I couldn't agree with you more Brittney,It's very sad that in these countries many women dies allmost evryday. I hope that one day it's going to change.
I find it interesting that in the USA, where about one in three births are cesareans, the maternal mortality rate is reported to be at its 'highest in decades'. According to Medical News Today, some experts say that the increase in the number of caesarean sections could be a factor in the increased maternal mortality rate. ..so the over-use of technology is also a danger to women! Makes you think...
As long as all forms of death are decreasing this is a good thing. We have yet to understand the repercussions of technical developments in the last century. Lets hope that its good.
This is heartening to note that maternal deaths are on the decline. A step forward towards Millenium Development Goals.Cheeeeeeeeeeeers
I think that the global reduction in maternal death rates is encouraging news. Nice post, thanks
These stats of the maternal mortality ratio (MMR) are shocking. It is good to read that the organisations involved are making headway and getting better results. It is a tragedy everytime someone dies like this.