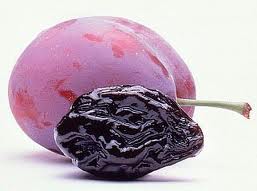 “Over my career, I have tested numerous fruits, including figs, dates, strawberries and raisins, and none of them come anywhere close to having the effect on bone density that dried plums, or prunes, have,” said Bahram H. Arjmandi, of  Florida’s chairman of the Department of Nutrition, Food and Exercise Sciences in the College of Human Sciences. “All fruits and vegetables have a positive effect on nutrition, but in terms of bone health, this particular food is exceptional.”

Arjmandi and a group of researchers from Florida State and Oklahoma State University tested two groups of postmenopausal women. Over a 12-month period, the first group, consisting of 55 women, was instructed to consume 100 grams of dried plums (about 10 prunes) each day, while the second — a comparative control group of 45 women — was told to consume 100 grams of dried apples. All of the study’s participants also received daily doses of calcium (500 milligrams) and vitamin D (400 international units).

The group that consumed dried plums had significantly higher bone mineral density in the ulna (one of two long bones in the forearm) and spine, in comparison with the group that ate dried apples. This, according to Arjmandi, was due in part to the ability of dried plums to suppress the rate of bone resorption, or the breakdown of bone, which tends to exceed the rate of new bone growth as people age.

The group’s research, “Comparative Effects of Dried Plum and Dried Apple on Bone in Post Menopausal Women,” was published in the British Journal of Nutrition.  In the United States, about 8 million women have osteoporosis because of the sudden cessation of ovarian hormone production at the onset of menopause. What’s more, about 2 million men also have osteoporosis.

“In the first five to seven postmenopausal years, women are at risk of losing bone at a rate of 3 to 5 percent per year,” Arjmandi said. “However, osteoporosis is not exclusive to women and, indeed, around the age of 65, men start losing bone with the same rapidity as women.”

Arjmandi encourages people who are interested in maintaining or improving their bone health to take note of the extraordinarily positive effect that dried plums have on bone density.

“Don’t wait until you get a fracture or you are diagnosed with osteoporosis and have to have prescribed medicine,” Arjmandi said. “Do something meaningful and practical beforehand. People could start eating two to three dried plums per day and increase gradually to perhaps six to 10 per day. Prunes can be eaten in all forms and can be included in a variety of recipes.”

It is amazing that different fruits keep coming up in the news in regards to their healing powers. I just wish the FDA or government would do more research on fruits and veggies instead of all the pills with HUGE side effects.
I eat prunes very pleased. Good to know that they are so good for the bones. I always like to bake plum cake. This is my favorite cake. Or do I fill plums in pork roast . This is also very tasty. EDITOR"S NOTE: Not sure where you are from, but in the US small purple plums are in season and are used in a wonderful plum tart that many cooks make this time of year.
The truth is that nature is created in such a way as to provide everything we need. The world is filled with cures for everything that ails us, but the medical profession wants nothing to do with that. The money is in the drugs. Folks, stop eating processed crap and switch to natural fruits and vegetables. Give up all wheat. Do these two things and you will start to feel better immediately, Guaranteed!