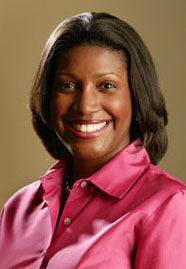 The Institute for Women's Health Research held its monthly forum on Tuesday with speaker Dr. Celeste Watkins-Hayes giving her talk entitled, "'Dying from' to 'living with' HIV/AIDS: Framing Institutions and the coping process of infected black women."

Dr. Watkins-Hayes began her talk by highlighting the huge discrepancies in HIV/AIDS occurrence by race: through 2007, 60% of women with HIV/AIDS were black or African-American identified. The statistics are even more striking in the local Chicago area: blacks in Chicago account for 55% of HIV/AIDS incidence, while only being 36% of the entire population. Similarly shocking, black women in Chicago account for 76% of all HIV/AIDS occurrences in the city.

The remainder of the talk discussed the results of the Sister to Sister study that Dr. Watkins-Hayes performed in Chicago. The study worked with 25 women with HIV/AIDS through two in-depth interviews and one other observation session where the woman's health status was known and salient. The participants had an average age of 36, all had children, and the majority had low income (<15K/year).

The crux of Dr. Watkins-Hayes' argument is that many individuals can serve as "framing institutions" for a woman diagnosed with HIV or AIDS, these are the people or communities that give the initial information about health status, give a framework for how to understand the social meaning of the illness, give women a language to discuss their diagnoses, and offer resources for dealing with the implications of their disease.  Often, these institutions are the doctors and nurses that give the initial HIV or AIDS status, but they can also be as diverse as drug and alcohol abuse rehabilitation centers that are targeting very different problems than an HIV/AIDS, or pastors and private therapists. These people, rather than friends or family, seem to be responsible for shaping how women really look at the disease and begin to accept it. If these framing institutions are not supportive or shaming about the health diagnoses, women are less likely to begin to transition to "living with" their disease. While middle and upper class women are more likely to have access to private framing institutions, lower income women are at significant risk, due to lack of time, money, or acess, of not finding strong, positive framing institutions.

I urge you all to check out Dr. Watkins-Hayes biography page; on it you will find a link to the website she helps organize, links to some of her excellent publications, and descriptions of her current projects. One of her major upcoming projects is a large scale study of the social implications of HIV/AIDS for African-American women. If you'd like to hear more about the study, or discuss being a participant, please contact one of the students working with Dr. Hayes Watkins on the project, Amanda Armour at ara@u.northwestern.edu or 312-320-1223.