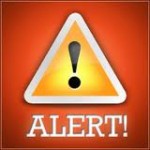 Last week Health Canada released an official warning on the association of increased risk of bone fracture with the frequent use of Proton-Pump Inhibitor (PPI) medications, used to treat symptoms of  acid reflux and gastroesophegeal reflux disease (GERD).   While an important step, this warning, like the U.S. FDA’s before it, does not go far enough in ensuring that the public is aware of the immense risks posed by continuous dosages of PPI pills, particularly to women.

According to the alert, “several scientific studies suggest that PPI therapy may be associated with a small increased risk for fractures of the hip, wrist, or spine related to osteoporosis, a disease resulting in the weakening of bones.”  They added that “the risk of fracture was higher in patients who received multiple daily doses of PPIs and therapy for a year or longer. Additional risk factors for osteoporosis, such as age, gender and the presence of other health conditions, may also contribute to the increased risk of fractures.”[1]  Though the alert mentions that gender could also contribute to the increased risk, what the alert fails to mention is that women face the greatest risks when taking these pills.

Last year, a team of researchers from Harvard Medical School and Boston General Hospital in a study  focusing on over 80,000 post-menopausal women, found that among those who had taken PPI pills 3-4 times per week over a two-year period had an increased risk of hip-fracture of 35%.  For current and former smokers, the increase was as high as 50%.[2] A common theory for the cause of this increase is the fact that the pills inhibit the body’s ability to intake calcium, an essential element for maintaining strong bones.

These aren’t the only problems associated with PPI pills, however.  Though the warning labels on nearly all PPI’s, including those sold by major brands like Prilosec®, Nexium®, and Prevacid®, state that the pills should be taken for a maximum of fourteen days annually, many patients continue with daily therapy for years.  These medications,, which treat short-term symptoms of acid reflux by blocking the stomach’s natural production of acid, have serious negative side-effects.  According to the FDA, prolonged dosages of PPI pills can lead to an increase in risk of pneumonia, heart arrhythmia, and Clostridium difficile–associated diarrhea.[3]  Worse, according to a study by Dr. Blair Jobe at the University of Pittsburg, those taking PPI pills regularly to treat mild symptoms were 60% more likely to suffer from Barrett’s Esophagus, which often leads to esophageal cancer.[4]

In response to Health Canada’s warning, Dr. William Dengler, Medical Director of RefluxMD, issued this response: “In light of a recent warning by the Canadian federal government,  PPI users and their physicians should carefully consider the long-term side effects when using these drugs.  These same side effects are responsible for the U.S. FDA placing this class of drugs on their "watch list."  With multiple governments warning patients that the side effects for acid reflux medications are troublesome, the media should play a larger role in combatting the over-saturation of television marketing for the drugs.”[5]  More importantly, however, consumers, particularly women, should pay careful attention to the risks associated with PPI pills before starting treatment, as well as consider natural alternatives that could help to treat long-term causes of acid-reflux, rather than short-term symptoms.

Great Info. I will tell my mom. I also write an article at my website. Regards, Chris
I stumbled across the post when searching for acid reflux info. I suffer occasionally from acid reflux, and recently when my doctor want me to take the above-mentioned medication, I refused. Glad I did. Your article was very informative, wish my doctor was as informed about what she is pushing on me. I may print this and give her a copy.
It is crazy how what is safe and effective one day can kill you the next. It is hard to know when to trust a medication or treatment. These are some scary times we live in.
That is why the doctor is the best judge and you should take a second opinion even then while taking medications. I had even written a post enlisting the side effects that PPI such as Nexium can cause in women and this should be definitely be read by women who are considering taking the drug - http://www.choicechemist.com/blog/side-effects-of-nexium-in-women Thanks Alexander for the enlightening post. Appreciate the information that you have imparted.