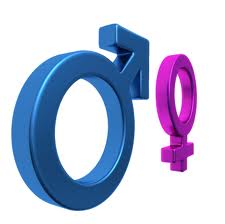 Female physician researchers make less money than their male counterparts, researchers found.      Among recipients of National Institutes of Health (NIH) career development awards, the average reported annual salary was $167,669 for women and $200,433 for men, according to Reshma Jagsi, MD, DPhil, of the University of Michigan in Ann Arbor, and colleagues.

Even after adjustment for differences in specialty, academic rank, leadership positions, publications, and research time, there remained an absolute difference of $13,399 per year between the sexes, the researchers reported in the June 13 issue of the Journal of the American Medical Association.

The study, which is consistent with a previous study of life sciences researchers, "provides evidence that gender differences in compensation continue to exist in academic medicine, even among a select cohort of physician researchers whose job content is far more similar than in cohorts previously studied, and even after controlling extensively for specialization and productivity," they wrote.

"Efforts to investigate the mechanisms by which these gender differences develop and ways to mitigate their effects merit continued attention, as these differences have not been eliminated through the passage of time alone and are difficult to justify."

In 2009 and 2010, Jagsi and colleagues mailed surveys to all 1,729 recipients of NIH K08 and K23 career development awards issued from 2000 through 2003 who were alive and had an identifiable mailing address. The response rate was 71%.

Men were more likely than women to be married, have children, and hold administrative leadership positions. The male researchers also had a higher average number of publications and work hours.

Accounting for those differences did not entirely eliminate the pay disparity between the sexes, which, if extrapolated over a 30-year career, would result in a shortfall of more than $350,000 for women.

All other factors remaining equal, the female researchers in the study would be expected to make $12,194 more per year if they were male. "This unexplained disparity accounted for 37.4% of the total observed difference by gender," the authors wrote.

They speculated about some of the reasons women are paid less than men, including the possible influence of parental status. Even women without children in the current study, however, were shortchanged.

It is also possible, the authors wrote, there are differences in values between men and women. Perhaps men place a greater value on pay and women place more emphasis on living in a more desirable area, even if it means taking a smaller salary, they suggested.

But the disparity could be explained, at least partly, by gender bias and discrimination, according to the authors.

Recently the Institute for Women's Health Research at Northwestern hosted Dr. Molly Carnes from the U of Wisconsin to speak on this topic and many of her research finding also suggest gender bias.  To read the synopsis of that lecture, click HERE and go to the May 15 lecture notes.
Source reference:
Jagsi R, et al "Gender differences in the salaries of physician researchers" JAMA 2012; 307: 2410-2417.

This is still a big deal today. Honestly, I believe a lot of it has to do with a Women's desire to remain non-confrontational. A big part of getting more money in a job is pushing for it and asking for a raise. I find men are a lot more willing to do this than women, and employers are more than happy to take advantage of this fact. They usually aren't in the business of giving away money.
Gender differences in salary exist in this select, homogeneous cohort of mid-career academic physicians, even after adjustment for differences in specialty, institutional characteristics, academic productivity, academic rank, work hours, and other factors.
This is exactly why Entrepreneurship especially of the female gender is so so vital to become more dominant in 2012 and on.
I work in the tech industry and run a female friendship website - http://www.girlfriendsocial.com These stats are ridiculously accurate and will be using this on an upcoming blog article on my site. Thanks for sharing
One of the reason why there is wealth inequality in United States and other countries is the gender gap. Many companies believe that male workers and more productive. They can work very fast and harder.