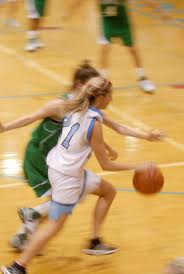 People will gain significantly less weight by middle age – especially women – if they engage in moderate to vigorous activity nearly every day of the week starting as young adults, according to new Northwestern Medicine research.

“Everyone benefits from high activity, but I was surprised by the gender differences,” said lead author Arlene Hankinson, M.D., an instructor in preventive medicine at Northwestern University Feinberg School of Medicine. “It wasn’t that activity didn’t have an effect in men, but the effect was greater in women. Now women should be especially motivated.”

The study will be published Dec. 14 in the Journal of the American Medical Association.

There could be several reasons for the gender difference, Hankinson said. Women are less likely than men to overestimate their activity, according to previous studies. “Men may not be getting as much activity as they report,” Hankinson explained.  In addition, men in the high-activity group compensated by eating more than their low-activity counterparts, which could have led to more weight gain. The highly active women didn’t eat more than low-activity women in the study.

There were many ways to achieve the study’s definition of high-activity levels, Hankinson noted. One way was 150 minutes of moderate to vigorous activity a week.

The study participants -- 1,800 women and nearly 1,700 men — are part of the Coronary Artery Risk Development in Young Adults (CARDIA) Study, a multi-center, longitudinal and population-based observational study designed to describe the development of risk factors for coronary heart disease in young black and white adults.

Coauthor Stephen Sidney, M.D., associate director for clinical research at the Kaiser Permanente Division of Research. “Common medical problems such as heart disease, diabetes and obesity have their origins in childhood and can generally be prevented by maintaining a normal weight, not smoking, exercising regularly and eating a healthy diet throughout life.”

Hankinson’s research is the first to measure the impact of high activity over 20 years between young adulthood and middle age and to frequently examine participants (seven times) over that period. Study participants are more likely to remember and accurately report their behavior with regular exams, she said.   Previous studies, Hankinson said, looked at a single exercise intervention’s effect on weight for a short period of time or examined participants in longer studies at only two points in time -– the beginning and the end.

“We wanted to see if people’s activity levels during their youth were enough to help them keep weight off in middle age, or if they needed to up the ante,” Hankinson said. “It’s difficult to avoid gaining weight as you age. Our metabolic rate goes down. We develop conditions or have lifestyles that make it harder to maintain a high level of activity.”

“The study reinforces that everyone needs to make regular activity part of their lifestyles throughout their lives,” she said. “Not many people actually do that.” The active group in the study comprised only 12 percent of the participants.  Lower levels of activity had a negligible effect on weight gain in the study. “High activity was the only kind that made a significant difference,” Hankinson noted.

That's great news for all women. All they need to do is to stay active by playing sports, exercising, walking, playing with children and to indulge in many other physical activities. Great read. Thanks.
I really appreciate this article..Thanks. This is very helpful bec. I really need to do some physical activity after giving birth to 2..I really gained weight and don't know where to start....
My wife will certainly be glad to hear about this. I usually have a little more discipline then she does, when it comes to exercising, but this information may motivate her to give me a run for the money. No pun intented
This is another great argument for making quality daily physical education a requirement in every school. And I do believe that men may over-estimate the amount of activity they perform.
Interesting. The blog does not say anything about the diets of those in the study. Is it possible that the difference in weight gain between physically active men and women can be down to their dietary routines? REPLY? Not sure.
Excellent information, this is very important for women to feel motivated to engage in physical activity ... Good job!
Great news for women , but explains some things about me! I guess that I will have just go and make some more effort to keep trim!! Great post, thanks
This just goes to show that we need to encourage kids to be very active from a young age, so they get into the habit. Also reinforces that diets aren't the way to go - we need to move to lose weight!