Skip to main content
Chocolate May Lower Risk of Heart Failure
Posted by Sharon Green on August 20, 2010 - 10:04am

Middle-aged and elderly Swedish women who regularly ate a small amount of chocolate had lower risks of heart failure risks, in a study reported in Circulation: Heart Failure, a journal of the American Heart Association.  The nine-year study, conducted among 31,823 middle-aged and elderly Swedish women, looked at the relationship of the amount of high-quality chocolate the women ate, compared to their risk for heart failure. The quality of chocolate consumed by the women had a higher density cocoa content somewhat like dark chocolate by American standards. In this study, researchers found:

The lack of a protective effect among women eating chocolate every day is probably due to the additional calories gained from eating chocolate instead of more nutritious foods, said Murrray Mittleman, M.D., Dr.P.H., lead researcher of the study.  “You can’t ignore that chocolate is a relatively calorie-dense food and large amounts of habitual consumption is going to raise your risks for weight gain,” said Mittleman, director of the Cardiovascular Epidemiology Research Unit at Harvard Medical School’s Beth Israel Deaconess Medical Center in Boston. “But if you’re going to have a treat, dark chocolate is probably a good choice, as long as it’s in moderation.”

High concentration of compounds called “flavonoids” in chocolate may lower blood pressure, among other benefits, according to mostly short-term studies. However, this is the first study to show long-term outcomes related specifically to heart failure, which can result from ongoing untreated high blood pressure.   In the observational study, researchers analyzed self-reported food-frequency questionnaire responses from participants 48-to-83-years-old in the Swedish Mammography Cohort. Combining the results with data from national Swedish hospitalization and death registries between 1998 through 2006, the researchers used multiple forms of statistical modeling to reach their conclusions on heart failure and chocolate consumption.

Mittleman said differences in chocolate quality affect the study’s implications for Americans. Higher cocoa content is associated with greater heart benefits. In Sweden, even milk chocolate has a higher cocoa concentration than dark chocolate sold in the United States.    Although 90 percent of all chocolate eaten across Sweden during the study period was milk chocolate, it contained about 30 percent cocoa solids. U.S. standards only require 15 percent cocoa solids to qualify as dark chocolate. So, by comparison, American chocolate may have fewer heart benefits and more calories and fat per equivalent amounts of cocoa content compared to the chocolate eaten by the Swedish women in the study.   Also, the average serving size for Swedish women in the study ranged from 19 grams among those 62 and older, to 30 grams among those 61 and younger. In contrast, the standard American portion size is 20 grams.

“Those tempted to use these data as their rationale for eating large amounts of chocolate or engaging in more frequent chocolate consumption are not interpreting this study appropriately,” said Linda Van Horn, Ph.D., R.D., immediate past chair of the American Heart Association Nutrition Committee and professor in the Department of Preventive Medicine at Northwestern University’s Feinberg School of Medicine in Chicago. “This is not an ‘eat all you want’ take-home message, rather it’s that eating a little dark chocolate can be healthful, as long as other adverse behaviors do not occur, such as weight gain or excessive intake of non-nutrient dense ‘empty’ calories.”

Heart failure occurs among about 1 percent of Americans over age 65. A condition in which the heart can’t pump enough blood to the rest of the body, heart failure rates are increasing as our aging population grows.“Anything that helps to decrease heart failure is an important issue worth examining,” Mittleman said. 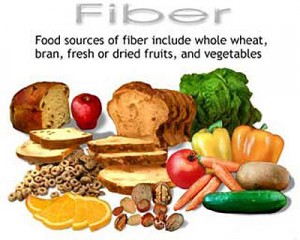 We all hear that fiber is good for you yet many American's don't get enough of it in their diets.  Experts recommend that men get about 38 grams of fiber a day and women get about 25 grams.  Unfortunately, the average intake in the United States is only 14 grams a day.

Dietary fiber is found in fruits, vegetables, nuts and whole grains.   It is often referred to as "bulk" or "roughage" and it helps with digestion and it passes through the digestive system relatively unchanged.  Besides helping relieve constipation and other bowel problems, high fiber diets have been shown to help with weight loss and reduce the risk of cardiovascular disease, diabetes and certain cancers.

Different types of fiber affect your health in different ways.  There are two types of fiber:   soluble and insoluble.   Soluble fiber may help lower blood sugar and cholesterol and it is found in oat bran, beans, peas, and most fruits.   Insoluble fiber is most used to treat GI conditions like diverticulosis, and is found in wheat bran and some vegetables.

Store shelves are filled with fiber-fortified products including yogurt, juices, etc.   Added fibers, like those in these products, are "isolated" fibers, such as inulin and maltodextrin and are listed among the ingredients.  Research suggests that these isolated fibers may not be as beneficial as those found naturally in foods.  However, most experts say the type of fiber you eat is less important than making sure you eat enough!

To learn more about fiber, check out a recent publication from the NIH. 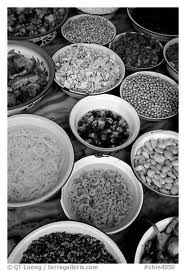 I just received a FDA email about the safety of color additives in food.   What caught my eye was the subheading:  "Without color additives, colas wouldn't be brown, margarine wouldn't be yellow and mint ice cream wouldn't be green."   I  wonder if colorless food could help reduce the obesity epidemic!!!   Seriously, to read the article, click here. 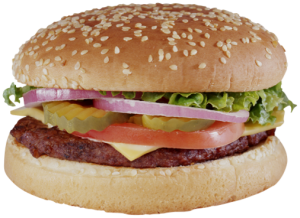 The Agency for Healthcare Research and Quality issued its 2009 National Healthcare Quality Report and National Healthcare Disparities Report on April 13.  The 2009 reports include a new section on lifestyle modifications because preventing or reducing obesity is a crucial national goal. The reports found:

The reports indicate that the lack of health insurance slows improvement in health care quality and reduction of disparities.  For many services, not having insurance is the single strongest predictor of poor quality care, exceeding the effects of race,  ethnicity, income or education.

So, the BIG question....will expanding health insurance to more people change some of these statistics????   Let's hope so.

The Food and Drug Administration (FDA) is warning the public about a counterfeit version of the weight-loss drug Alli 60 mg capsules (120 count refill pack) being sold over the Internet, particularly at online auction sites.
The counterfeit product is illegal and unsafe. FDA advises people who believe that they have a counterfeit product not to use the drug and to dispose of it immediately. There is no evidence at this time that the counterfeit Alli product has been sold in retail stores. 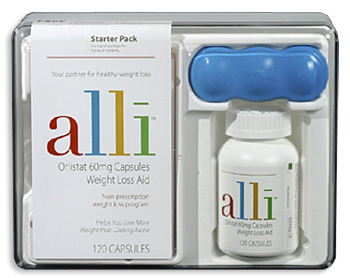 According to the FDA, the counterfeit Alli looks similar to the authentic product, with a few notable differences. Counterfeit Alli has:
* a missing LOT code on the outer cardboard packaging
* an expiration date that includes a month, day and year (real Alli only has month and year)
* plain foil for the inner safety seal without words on it (real Alli has the words "SEALED FOR YOUR PROTECTION" printed on it)
* large capsules with white powder, as opposed to small white pellets found in real Alli
* a slightly taller plastic bottle with a wider cap and coarser ribbing on cap than is seen in real Alli.

Alli is an FDA-approved, over-the-counter weight-loss drug that contains orlistat as its active ingredient. The counterfeit version does not contain orlistat, instead it is made with varying amounts of sibutramine, a stimulant drug. Although sibutramine is the active ingredient in another FDA-approved prescription weight-loss drug, it is only to be used in specific doses and under the supervision of a physician. Preliminary lab tests revealed the counterfeit version contained sibutramine and not orlistat. Since then, FDA lab tests on the counterfeit product show that people may be taking three times the usual daily does (twice the recommended maximum dose ) of sibutramine if they are following the dosing directions for Alli. Side effects from excessive sibutramine include elevated blood pressure, stroke and heart attack if you have a history of heart disease; and anxiety, nausea, heart palpitations, racing heart, insomnia and small increases in blood pressure if you are healthy.
If you have been taking the counterfeit product, stop taking the drug and throw it away; contact your health provider if you are experiencing more than mild symptoms, especially if you have a history of cardiovascular disease; and call FDA's Office of Criminal Investigations at 800-551-3989 or by visiting the OCI Web site 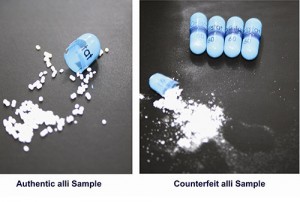 Research has shown that portion control may be the most  effective form of dieting when you take into account longevity and sustained weight loss and management.  The reason, according to Dr. Everett Logue et al. in Obesity (http://www.nature.com/oby/journal/v12/n9/full/oby2004187a.html) may be that portion control is an easier behavioral target than planned exercise.  Although increasing consumption of fruits and vegetables may be the easiest way to change behaviorally, it does not appear to be as effective in long term weight reduction.

Okay, so all I have to do is eat a little less, and move a little more.  Well, it’s not that simple.  If you’ve tried portion control in the past like I have, you might be rolling your eyes.  Actually, 36% of women in the Illinois Women’s Health Registry are currently using portion control to lose weight, while only 20% are trying exercise.   So how can we make portion control work for us?  The important thing to understand is that portion sizes are often FAR LESS than we think they are.  In fact, research has shown that Americans typically underestimate their caloric intake by as much as 25%.  So if I think I’m only eating 1600 Calories (a typical weight loss goal), I might actually be eating 2,000.  It’s also important to know that women and men of similar height and weight do NOT have the same caloric needs.   Metabolism in women works differently; men generally have a higher Basal Metabolic Rate (BMR), which is the rate at which our bodies break down calories.  In other words, we don’t need to eat as much as our male counterparts…sorry ladies, but try leaving that second helping to him.

So what is the correct portion size?  Well we are probably all familiar with the serving size values:

1 cup green and leafy vegetables or ½ cup mashed potatoes for the veggies
½ - 1 cup of fruit or 1 oz dried fruit
½ cup rice, 1 cup (cooked) pasta, or a bagel for the grains
3 oz chicken, beef or fish for protein
1 cookie or a ½ cup ice cream for the sweets

But what do these sizes actually look like?  Well, sadly, a lot less than we’d like to think.  Here’s the run down:

Even though portion control can be an effective weight loss method, it is still important to keep an active lifestyle and exercise regularly for a healthy weight AND a healthy heart!  Happy and Mindful Eating!