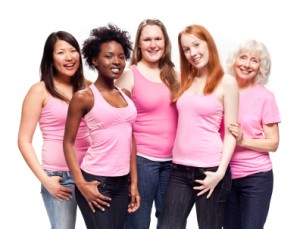 There’s a new “toy” in the surgical wing at the UC Irvine Medical Center that’s causing surgical oncologists to perform 56% less duplicate breast cancer surgeries.  It’s called MarginProbe, and it detects whether surgeons have removed all of a woman’s breast cancer cells during surgery, reducing the necessity of a second operation.  This sterile, handheld device sends electromagnetic signals to the bodily tissues surrounding a surgical incision, which are then transmitted and analyzed to determine whether any unhealthy tissue remains in the breast.

Before this device, 60% of lumpectomy patients were sent back to the operating room because some cancerous tissue was missed in the initial surgery.  Furthermore, these patients would have had to wait up to a week before pathologists could determine whether all malignant cells were removed.  Now, with MarginProbe, the tissue is analyzed instantaneously, while the patient is still in surgery, increasing the surgeon’s likelihood of eradicating the cancerous cells on the first try.

One surgical oncologist at UC Irvine, who had begun using the probe in March, said, “This new technology is a game changer for early-stage breast cancer surgery, and we’re already seeing better results!”  With lumpectomies serving as the standard procedure for two-thirds of the new breast cancer cases each year, this probe is bound to make a large splash in the effective treatment “pool.”  The FDA eagerly approved the MarginProbe after Dune Medical Devices developed the prototype in 2012.  UC Irvine was selected to use MargineProbe in a clinical trial, which included over 660 women nationally.  Well on its way to becoming a staple in the oncologist’s tool belt, the MarginProbe also promises to reduce healthcare costs by decreasing the necessity of follow-up surgeries, saving up to $6,000 per patient.  This new probe will prove to be instrumental in providing high quality patient care for women afflicted with breast cancer.