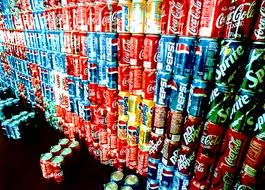 Women who regularly drink sugary beverages may be increasing their cardiovascular risk, researchers found.  A longitudinal study showed that those who reported drinking at least two sugar-sweetened beverages every day were more likely to gain weight, increase waist size, and develop impaired glucose tolerance, according to Christina Shay, PhD, of the University of Oklahoma in Oklahoma City.

The same associations were not seen in men, which suggests that the factors responsible for the relationship between sugary drinks and cardiovascular disease differ between the sexes, Shay reported at the American Heart Association meeting recently held in Orlando.

"Women exhibit lower energy requirements overall and they may be at elevated risk for cardiovascular risk factors when a greater proportion of calories is consumed in the form of sugar-sweetened beverages," she said at a press briefing.  Sugar-sweetened beverages have been associated with a host of health problems, including weight gain, obesity, hyperglycemia, type 2 diabetes, and hypertension.

But few of the studies have examined the relationships in ethnically diverse populations, Shay said.So she and her colleagues turned to the Multi-Ethnic Study of Atherosclerosis (MESA), in which 38% of the participants were non-Hispanic white, 28% were black, 22% were Hispanic, and 12% were Chinese American.

All 4,166 men and women included in the current analysis were ages 45 to 84 and were free from cardiovascular disease and type 2 diabetes at baseline. They reported dietary habits on a food frequency questionnaire completed at baseline. Sugar-sweetened drinks included regular soft drinks, soda, sweetened non-diet mineral water, and nonalcoholic beer.  Overall, 8.4% of the participants reported drinking at least two sugary beverages each day.

Through about five years of follow-up, women with that level of consumption were more likely to have more than 3% increase in waist circumference (63.7% versus 54.1%), to have high triglycerides (24.3% versus 10%), and to have impaired fasting glucose (26.8% versus 20.4%) compared with women who drank less than one sugary beverage a day.

The differences remained significant after adjustment for several potential confounders, including both baseline weight and weight change throughout the study.   None of the associations was statistically significant for men.

Rachel Johnson, PhD, MPH, RN, of the University of Vermont, said that "based on these findings, women especially should choose their beverage calories carefully and stick primarily to water, unsweetened coffee and tea, other low calorie drinks, and non- or low-fat milk."

"This study reinforces the American Heart Association's message that a heart-healthy diet limits sugar-sweetened beverages to no more than 450 calories or 36 ounces per week," said Johnson, who is an AHA spokesperson.