Skip to main content
PT for UI: Muscle training effective for urinary incontinence in women
Posted by Sharon Green on April 13, 2012 - 10:51am 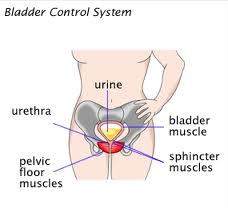 A type of exercise called pelvic floor muscle training is effective for treating adult women with urinary incontinence (the involuntary loss of urine) without risk of side effects, according to a new report from the U.S. Agency for Healthcare Research and Quality (AHRQ). The report also found that drug-based treatments can be effective, but the degree of benefit is low and side effects are common.

"Urinary incontinence can affect women in a variety of ways, including physically, psychologically and socially—and some of these impacts can be severe," said AHRQ Director Carolyn M. Clancy, M.D. "This new report will help women and their clinicians work together to find the best treatment option based on each patient's individual circumstances."

Researchers concentrated on two kinds of incontinence: stress incontinence, or the inability to retain urine during coughing or sneezing; and urgency incontinence, which is an involuntary loss of urine associated with the sensation of a sudden, compelling urge to urinate that is difficult to defer. Both types usually occur when the urinary sphincter fails, often as a result of weak pelvic floor muscles, which support the uterus, bladder, and other pelvic organs.

Overall, the report found that the drugs reviewed showed similar effectiveness. However, with some drugs, more women discontinued treatment due to bothersome side effects. The report provides comprehensive information about side effects with each drug to help clinicians and patients choose treatments with the most benefits and least harms.

Researchers said that while there is much evidence on clinical measures for treatment of urinary incontinence, such as grams of urine lost, there are fewer measures of quality of life related to the condition and its treatments.  The full report and summary publications for consumers and clinicians are available  HERE