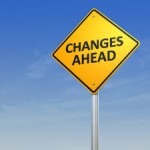 Perimenopause  is the time when a women naturally starts having menopausal symptoms.  This natural change usually lasts about a year and is often referred to as the 'menopause transition'.  At  this time, fertility declines but a woman may still get pregnant, and effective birth control should be used if she does not want to have a mid-life baby.  Generally, after a year of no menses, a woman can be considered infertile and menopausal.

Natural family planning method (rhythm) is not recommended during perimenopause because women have irregular periods during this phase and it is hard to predict ovulation.  Emergency contraception is a back up option but it should not be considered as a regular birth control method.

Hormonal oral contraceptives have some benefits during this time including more regular cycles, less cramps and bleeding during periods, decreased risk of certain cancers and maintenance of bone strength.  It may also help with hot flashes and acne outbreaks that are common when hormones are fluctuating.   There are also some risks of oral contraceptives during perimenopause.  They include increased risk of blood clots (especially if a smoker or diabetic), some withdrawal bleeding, and delayed confirmation when menopause is reached. 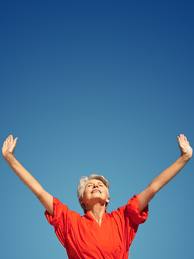 Menopause and the appropriate way to handle symptoms continues to be a lively topic of conversation.  Much of this discussion is based on findings from the landmark Women's Health Initiative Trial that was launched in 1991 and consisted of a set of clinical trials and an observational study, which together involved 161,808 generally healthy postmenopausal women.   The clinical trials were designed to test the effects of postmenopausal hormone therapy, diet modification, and calcium and vitamin D supplements on heart disease, fractures, and breast and colorectal cancer.   The initial studies were closed in 2002 when the risks of hormone replacement therapy appeared to outweigh the benefits, though this led to a round of controversy about the study design and the age of the study subjects that continues today.   As a result,  the data from this huge study  continues to be explored and new conclusions drawn.

Just this week, two blogs came across my desk that I thought were well written and worth sharing.   The first came from CNN (click HERE) and provides a comprehensive look at the background and questions that surround this issue.    The second  is a blog (click HERE) from the Loyola University Health System that addresses concerns that women just entering perimenopause have with some quick suggestions to ease the way.

Enjoy and let me know if you found them helpful!