Skip to main content
Is There a Link Between Talcum Powder and Ovarian Cancer?
Posted by Nicole C. Woitowich on June 17, 2016 - 9:14am

Recently, the use of talcum powder has become a controversial issue as growing evidence suggests that its use may be related to an increased risk of ovarian cancer. Talcum powder, also known as talc, is a mineral composed of the elements magnesium, silicon, and oxygen. As a common household product, talcum powder can be used as an antiperspirant or in the application of cosmetics. Because of its ability to absorb moisture it may be applied to sensitive areas of the body, such as the genitals, to prevent chaffing.

More research is necessary to determine how talcum powder causes cancer. In the meantime, the American Cancer Society suggests that it may be prudent to avoid or limit use of products containing talc, if you are concerned about developing ovarian cancer.

Although the overall lifetime risk of developing ovarian cancer is low, it is one of the most deadly gynecological cancers. Therefore it is important to recognize some of the major signs and symptoms of ovarian cancer for early detection and diagnosis.

While these symptoms may be associated with other benign conditions, it is always important to discuss any questions or concerns you may have with your doctor.

1Two authors of the study have received compensation related to ongoing litigation regarding ovarian cancer.

Markers to Detect Early Ovarian Cancer Are Needed
Posted by Sharon Green on May 25, 2011 - 7:48am

A long awaited assessment of potential biomarkers for detecting early ovarian cancer shows that elevated levels of the CA-125 protein still remains the best predictor of disease progression.  The CA-125 test has been around for several decades and can help determine the effectiveness of cancer treatments in patient with ovarian cancer, but it is not very useful as a screening tool.  A report released in March in Cancer Prevention Research indicated none of the 28 potential serum markers tested in the study outperformed the CA-125.

To be an effective screening tool, the biomarker would need to detects signals from the  tumors six months before diagnosis.   CA-125 has it strongest signal within six months after diagnosis.

Although the results may seem disappointing, the findings provide information that will help future efforts to detect the disease early.  Many researchers have said that if no single marker could detect ovarian cancer, then panels of markers might get the job done.

To learn more about this work, visit this National Cancer Institute Bulletin site.

Preventive Cancer Surgeries May Save Lives
Posted by Sharon Green on September 2, 2010 - 12:04pm 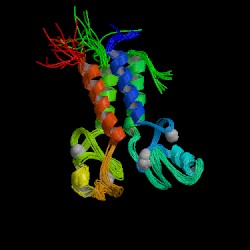 A new study underscores the importance for women with a family history of breast or ovarian cancer to get genetic counseling and testing for the BRCA1 and BRCA2 genes that make them more likely to develop lethal breast or ovarian cancer, says a Northwestern Medicine oncologist.    The study, which was published in the Sept. 1 issue of the Journal of the American Medical Association (JAMA), shows women with the gene live longer and nearly eliminate their risk of cancer by having prophylactic surgeries to remove their ovaries and fallopian tubes (salpingo-oophorectomy) or their breasts in a mastectomy.

“This is the first study to prove women survive longer with these preventive surgeries and shows the importance of genetic testing when there is a family history of early breast or ovarian cancer,” said Virginia Kaklamani, M.D., co-author of an accompanying editorial in JAMA. Kaklamani is director of translational breast cancer research at the Robert H. Lurie Comprehensive Cancer Center of Northwestern University. She also is an associate professor of medicine at Northwestern University Feinberg School of Medicine and an oncologist at Northwestern Memorial Hospital.

In the editorial, Kaklamani and coauthor, Laura Esserman, M.D., a physician at the University of California, San Francisco, describe what the findings mean to women and their physicians.

“Primary care physicians, gynecologists and women need to be more aware that these tests exist,” Kaklamani said. “So if a woman has a family history of ovarian cancer or breast cancer, the woman can be genetically tested. Testing should not start with the oncologists. That’s when patients already have breast cancer. The primary care doctors and gynecologists are the ones who should evaluate patients and offer them genetic counseling.”

Even women diagnosed with breast or ovarian cancer can still benefit from genetic testing “because the presence of a mutation significantly increases the risk of a second primary (breast or ovarian) diagnosis and often influences the choice of treatments,” the authors write.

While some women diagnosed with the gene mutation may opt for surveillance with an alternating mammogram and breast magnetic resonance imaging every six months, the authors emphasize surveillance is not prevention. And, ovarian cancer screening has limited value.

Women should be aware that options for these preventive surgeries have improved, the authors note. A laparoscopic salpingo-oophorectomy is a relatively low-risk procedure and can be done in an out-patient setting. And cosmetic options for women getting mastectomies have greatly improved.