Skip to main content
In the Debate on Women's Reproductive Rights, Where are the Women?
Posted by Megan Castle on June 19, 2013 - 2:53pm 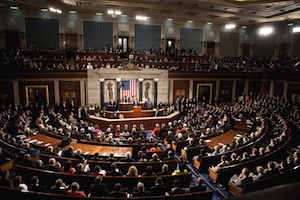 Last week Senator Barbara Mikulski of Maryland became the longest serving US Congresswoman!   She was elected to the US House of Representative in 1976 and, 10 years later, became the first woman elected to the Senate who stood on her own merit and not put in office because she was the spouse or daughter of a previous senator.

When I spent time in Washington in the early 1990's advocating for women's health issues, one of the first people we went to for help, was Barbara Mikulski.   She was something!   Only 4'11"  we had to put a stepstool behind the dias whenever she spoke so the audience could see her.  She grew up in  Baltimore, Maryland  where her family  ran a grocery store.  She  was raised Catholic and even considered becoming a nun but she has always taken a progressive stance on women's issues.  Over her tenure she supported legislation that:

CLICK HERE  to see this feisty woman in action (and standing on a platform!).   She is definitely a women's health hero!