Skip to main content
Newer Contraceptive Methods Needed Among Developing Countries
Posted by Sharon Green on May 23, 2011 - 8:24am 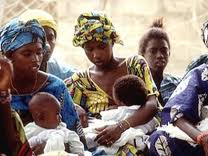 Seven out of 10 women in Sub-Saharan Africa, South Central Asia and Southeast Asia who want to avoid pregnancy but are not using modern contraceptives report reasons for nonuse that indicate currently available methods do not satisfy their needs, according to new Guttmacher research. The findings suggest that substantially bringing down unintended pregnancy rates in these developing regions will require increased investment in the development of new methods that better address women’s concerns and life circumstances.

The report, Contraceptive Technologies: Responding to Women’s Needs, focuses on the three regions that together account for the majority of women in the developing world with an unmet need for contraception. Overall, 40% of pregnancies in these regions—about 49 million—are unintended. Each year, these pregnancies result in 21 million unplanned births, an equal number of abortions (three-quarters of which are unsafe) and 116,000 maternal deaths.

“The findings make clear that meeting the need for contraception requires not only increased access and counseling, but the development of new methods that better meet women’s needs,” says Jacqueline E Darroch, senior fellow at the Guttmacher Institute and one of the study’s authors.

To gain insight into why so many women in developing countries are not using modern contraceptives, researchers analyzed nationally representative data from Demographic and Health Surveys and other sources. They found that the majority of women with an unmet need for contraception are 25 or older and live in rural areas, and about four in 10 are poor. The reasons women most frequently given for not using a method are concerns about health risks or side effects (23%); infrequent sex (21%); being postpartum or breast-feeding (17%); and opposition from their partners (10%).
The findings shed light on the types of methods that could have the greatest impact on increasing contraceptive use: Developing new contraceptive methods that have negligible side effects, are appropriate for breast-feeding women and could be used on demand has the potential to greatly reduce unmet need for contraception. So would methods that women can use without their partner’s knowledge.

The report shows that overcoming method-related reasons for contraceptive nonuse could reduce unintended pregnancy by as much as 59% in these regions. Unintended births and induced abortions could be reduced by similar proportions, and 70,000 maternal deaths could be prevented. However, the researchers note that new contraceptive methods alone will not overcome all reasons for nonuse. Other causes, including poor access to and quality of contraceptive services must also be addressed.

Currently, 104 million women in Sub-Saharan Africa, South Central Asia and Southeast Asia have an unmet need for modern contraceptive methods because of method-related reasons. Taking into account projected population growth, this number will increase to 161 million in the next four decades if concerns about currently available methods are not addressed. The researchers note that there has been a lack of attention and resources dedicated to contraceptive research and development, and that there is a vital, immediate need to reinvigorate the field.
In addition to long-term work to develop new contraceptive methods, they point out that adaptations to current methods could make them more widely acceptable and easier to use. They conclude that immediate headway toward satisfying unmet need could be made by ensuring that women and couples receive more accurate information about the risk of unintended pregnancy and have greater access to quality counseling and services that offer a range of methods.
The report, Contraceptive Technologies: Responding to Women’s Needs, was funded by a grant from the Bill & Melinda Gates Foundation. The findings and conclusions contained within are those of the authors and do not necessarily reflect positions or policies of the Bill & Melinda Gates Foundation.
back to top

An inexpensive instructional program to teach routine newborn care skills to midwives in Zambia resulted in a substantial reduction in the death rate of infants in the first week of life, according to a study funded by the National Institutes of Health and the Bill and Melinda Gates Foundation.

The study, published online in Pediatrics, was conducted by researchers in the Eunice Kennedy Shriver National Institute of Child Health and Human Development’s Global Network for Women's and Children's Health Research.  "Public health officials and policy makers sometimes assume that only expensive, high tech-care can reduce infant mortality," said Linda Wright, scientific director of the NICHD Global Network for Women's and Children's Health Research. "The results of this study show that infant deaths can be prevented in resource-poor countries when only a modest investment is possible."

Each year, roughly 3.6 million infants die worldwide in the first 28 days of life, with the majority dying in the first seven days after birth, the study authors noted. Roughly 98 percent of these deaths occur in developing countries.

After completing the course, the midwives taught what they learned to other midwives in the facilities where they worked. In turn, these midwives taught what they had learned to the new mothers in their delivery facilities. The researchers compared the experiences of roughly 20,000 infants born in the delivery facilities before the midwives received newborn care training with the experiences of 20,000 infants born after the training period.

Infant mortality during the first seven days of life dropped from 11.5 for every 1,000 births to 6.8 per 1,000 births. The total cost for the training program was $20,244. The researchers estimated that the program saved 97 lives during the study period, amounting to a cost of $208 per life saved.

The researchers also evaluated the study costs in terms of disability-adjusted life years, a measure used by the World Health Organization to estimate the number of years of healthy life lost to premature death or to ill health. By comparing the number of lives saved as a result of the training to the average life expectancy in Zambia, the researchers estimated that a reduction of one disability-adjusted life year cost $5.24.

The researchers estimated that it would cost $14,128 to maintain the program in the future. This cost would include equipment replacement, training manuals, and salary for the program's two part-time nurses.

An earlier study by the NICHD Global Network for Women's and Children's Health Research found that Essential Newborn Care training for birth attendants in six developing countries reduced the rate of stillbirths by 30 percent.