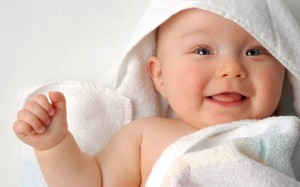 A new drug treatment administered to HIV positive babies at birth shows high success rates in reversing an HIV positive diagnosis. While HIV positive mothers in the United States rarely pass HIV along to their children (due to preventative drugs and procedures), the likelihood of HIV positive babies being born in other parts of the world is still troubling. Research indicates that roughly 330,000 babies are infected with HIV each year. Women in less-developed countries are less likely to be treated during pregnancy, and therefore a post-birth option for HIV prevention or remission could be groundbreaking.

Babies in this trial received a high dose of AZT, 3TC, and nevirapine and were found to be HIV-negative and sero-reverted after being born with HIV. Researchers still need to closely monitor the children as they grow older to observe any long-term effects. While some researchers still remain skeptical, advising further research, these results could be an early indication of a game-changer in HIV prevention.

Pregnant women who are unaware that they have HIV miss the chance for drug treatment that can benefit not only their own health, but could also prevent them from transmitting the virus to their infants. When HIV is not diagnosed until women go into labor, their infants are usually treated soon after birth with the anti HIV drug zidovudine (ZDV), to prevent the infants from becoming infected with the virus.

Now, a National Institutes of Health study has found that adding one or two drugs to the standard ZDV treatment can reduce the chances by more than 50 percent that an infant will develop an HIV infection.

The study results were presented at the  Conference on Retroviruses and Opportunistic Infections, in Boston. The study was conducted at research hospitals in Brazil, South Africa, Argentina, and the United States, under contract to the NIH’s Eunice Kennedy Shriver National Institute of Child Health and Human Development (NICHD).

An estimated one fifth of people in the United States who have HIV are unaware that they harbor the virus.  From 100 to 200 infants are born with HIV in the United States each year, many to women who either were not tested in early pregnancy or who did not receive treatment during pregnancy. Internationally, estimates of HIV testing vary, with only 21 percent of pregnant women in low and middle income countries having been tested for HIV during pregnancy.

"To reduce mother-to-child HIV transmission, it's best to begin antiretroviral treatment during pregnancy," said Heather Watts, M.D., a medical officer in NICHD and an author of the study. "However, when treatment during pregnancy isn’t possible, our results show that adding one or two drugs to the current regimen provides another important means to reduce the chance for mother-to-child HIV transmission."

At the 19 participating research sites, the NICHD/ HIV Prevention Trials Network 040 study evaluated 1,684 infants born to women whose HIV infections were not diagnosed until they were in labor. The infants were randomly assigned to three groups: those receiving the standard 6 weeks of therapy with ZDV, those receiving 6 weeks of ZDV plus 3 doses of nevirapine (NVP) during the first week of life, and those receiving 6 weeks of ZDV plus two weeks of lamivudine (3TC) and nelfinavir (NFV). The study results showed that treatment with the two and three drug regimens reduced HIV transmission by more than 50 percent.

"Our results showed conclusively that the two and three drug regimens are superior to the standard treatment with zidovudine," said study chair Karin Nielsen-Saines, M.D., clinical professor of pediatrics  at the David Geffen School of Medicine at the University of California at Los Angeles.