Most women think menopause means low estrogen, hot flashes, and the end to regular and monthly periods. This may not be the case, however. Researchers have found that women may experience an increase in the amount and duration of bleeding, which may occur sporadically throughout the transition of menopause.

Researchers from the University of Michigan utilized data from the Study of Women's Health Across the Nation, in which participants kept track of their episodes from 1996 to 2006. Women were of various ethnicities, including caucasian, Chinese, Japanese, and African-American. This was particularly unique in that previous studies have been limited to caucasians and were of shorter duration.

The results showed that during the menopause transition, women can have prolonged bleeding of 10 or more days, spotting for a week, and heavy bleeding for 3 or more days. 91 percent of the approximately  1,300 women ages 42 to 52 years old in the study, recorded up to 3 episodes of bleeding that lasted at least 10 days. Up to 88 percent of women in the age group reported at least 6 days of spotting, and up to 78 percent recorded at least 3 days of heavy bleeding. No significant differences regarding bleeding episodes were noted amongst race and ethnicities.

More research will need to be done to determine how to evaluate alterations in menstruation during menopause. However, this research reveals some of the qualitative differences in bleeding that women may expect through the menopausal transition. Instead of consistently being alarmed with what their bodies are going through, women can now perhaps be more aware of the changes in bleeding patterns, and what may or may not require medical attention. To discover other physical symptoms that occur and may change with menopause, visit Northwestern's menopause website here. 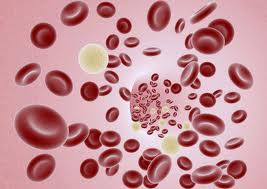 Bleeding disorders refer to conditions that keep your blood from clotting properly after a cut or injury.   Women generally notice a problem because of heavy or abnormal menstrual periods.  Heavy bleeding or menses is one of the most common problems women report to their doctors.   In the U.S., one out of every five women report heavy bleeding.

Signs of a possible bleeding disorder include:

If you have any of these symptoms, they should be discussed with your doctor.   Bleeding disorders are common in women but many women are too embarrased to talk with their provider about it.   They can be dangerous if not treated.

The U.S. Center for Disease Control (CDC) supports a network of specialized healthcare centers to prevent and reduce complications experience by people with certain blood disorders.  Visit their site for more information.

On a personal note, one of my college professors was the doctor who developed one of the first tests (Quick Bleeding Time) used to help diagnose  bleeding disorders and my first job after college was at a university that was researching blood disorders.    At that time, we had a female teenager whose blood platelets (an irregular, disc-shaped element in the blood that assists with blood clotting; during normal clotting, the platelets clump together to trap fibrin threads that form a clot) were "slippery" and did not form clots when she experienced a cut.      She was one of the very first identified cases of a condition that was given the name von Willebrand disease.    We've come a long way in the last 4 decades in understanding and treating these and other diseases like hemophilia.  In fact, many young people today do not even know what hemophilia is, yet is was a debilitating and deadly condition that played a major role in ending some historical Russian dynasties and often affects certain animals like thoroughbred horses.  To read about its fascinating history click HERE.