In a study recently published by the International Journal of Eating Disorders, women in their early 50’s (midlife) show more symptoms of disordered eating and concerns over their weight and shape than women in their late adulthood (mid 50’s and over).  The concerns are comparable to those expressed only in young women.

Hoping to better understand the weight and shape concerns of women over the age of 50, researchers gathered data from this population through an online survey.  Clinical studies have shown an occurrence of late-onset eating disorders and an increase in inpatient admissions for women over the age 35.  Reports show that there are three ways the disorders appear: a chronic presentation of an earlier-onset eating disorder that the patient never fully recovered from, a relapse of a disorder that the patient has previously experienced, or the late-onset of a disorder without having previously experienced it.

According to separate population-based studies, while the majority of women with eating disorders over 40 did not present with late-onset eating disorders, 69% of the cases studied in women over 50 concluded that the disorder was late-onset.  So at this age, many women are dealing with a new disorder that may negatively impact their lives.

Studies have found that body dissatisfaction remains somewhat stable throughout the lifetime, with surges among younger women and midlife women.  Higher incidence of reported body dissatisfaction occurs among midlife women with a higher BMI.  Physiologically, the BMI of a woman typically
increases during midlife, levels off and then decreases around the age of 60 (among other bodily changes).  Interestingly, areas of dissatisfaction in younger women seem to remain the same into adulthood even with a changing body and changing fat distribution.

The study (published by the International Journal of Eating Disorders) found that 71.2% of women were attempting to lose weight at the time of the survey with 35.6% spending at least half of their time dieting in the last five years.  Overall, 41.2% checked their body size/shape at least daily and 40% weighed themselves at least a couple of times per week.  Vomiting (1.2%), laxatives (2.2%), diuretics (2.5%), diet pills (7.5%) and excessive exercise (6.8%) were the behaviors women reportedly used to control their weight within the last five years.

61.8% said their concerns occasionally or often negatively affected their lives and 79.1% said their weight/shape had either a moderate or even the most important role in how they perceive themselves.  63.9% reported thoughts about their weight daily or more.  Most women had no history of eating disorders (59%); however, 13.3% of those sampled said they currently showed eating disorder symptoms while 27.7% had in the past.

The researchers concluded that younger midlife women showed more disordered eating/weight concerns. A possible explanation in the discrepancy of rates of disorders and concerns among younger midlife women relative to late adulthood is the cohort effect, in which these midlife women may have been exposed to different, and perhaps a greater amount of, socio-cultural pressures than those in later adulthood.  Another explanation may be that body health and function becomes more important than physical appearance in late adulthood.  Also, midlife women may be experiencing symptoms of menopause that prompts an increase in fat and how it is distributed, compounded by a decreased metabolism that may put them at risk for disorders.

Menopause management complex but possible!
Posted by Sharon Green on October 7, 2011 - 6:10am 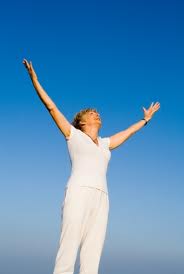