“Prescription painkiller deaths have skyrocketed in women (6,600 in 2010), four times as many as died from cocaine and heroin combined,” said CDC Director Tom Frieden, M.D., M.P.H. “Stopping this epidemic in women – and men – is everyone’s business. Doctors need to be cautious about prescribing and patients about using these drugs.”

The study includes emergency department visits and deaths related to drug misuse/abuse and overdose, as well as analyses specific to prescription painkillers. The key findings include:

These startling numbers also emphasize the need for more sex based research in drug development.  Too often drugs are only tested in males, especially at the animal level, opening the door to more adverse side effects eventually reported by women.   We already know that some drugs work differently in men and women and there is a move to provide separate male/female prescribing instructions that could alleviate some misuse!!! 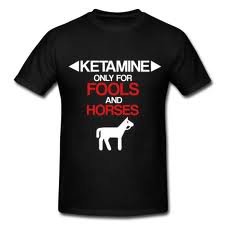 A cystitis caused by abuse of the club drug ketamine looks very much like interstitial cystitis according to a new study done in Taiwan.  This drug is especially popular among young people in Asia, where the study urologists practice . Be aware that this is why your doctor may ask you about your recreational drug use, especially if you are young. The article describes the issue and reports specifically on the type of bladder damage ketamine causes. Symptoms include painful urination, fluctuating lower urinary tract symptoms (LUTS), lower abdominal or perineal pain, and impaired functional bladder capacities. Blood and pus in the urine are typical. In addition, bladder ulcers, diffuse bleeding, and low capacity are also typical—similar to IC. Treatment entails stopping abuse and use of pentosan polysulfate (Elmiron) or hyaluronic acid (Cystistat). The outcome of treatment depends on how severe the damage is.

Unintentional Drug Poisoning on the Rise
Posted by Sharon Green on March 19, 2010 - 9:53am 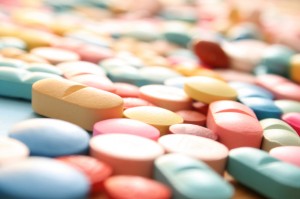 In recognition of Poison Prevention Week (March 14-20), the Center for Disease Control (CDC) is highlighting the growing issue of unintentional drug poisoning in the United States.   More than 26,000 deaths from unintentional drug poisoning occurred in the U.S. in 2006.  Opioid pain medications (e.g., oxycodones and methadone) were involved in more than half of these deaths.  In recent years, this cause of death has more than doubled between 1999 and 2006.   In 2006, 17,740 drug overdose deaths occurred among males and 8,660 among females.  Male rates exceed females rates in every age group.    However, male rates have doubled and female rates have nearly tripled since 1999.  In response to this growing problem the CDC has developed an issue brief titled Unintentional Drug Poisoning in the United States.