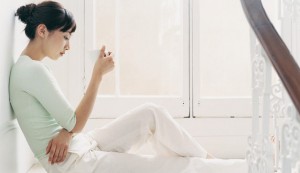 On Monday, May 12, 2014, Dr. Katherine Wisner, Director of the Asher Center for Research and Treatment of Depressive Disorders at Northwestern's Feinberg School of Medicine, was a featured television guest on WCIU, The U. Dr. Wisner discussed sex differences in mental health (particularly in depression and anxiety). She stated that women are twice as likely to have an episode of depression or anxiety than men. This increased risk for women begins at puberty and can be particularly elevated during menstrual cycles and after childbirth. In fact, 5% of women have very severe mood problems right before their period; this is called premenstrual dysphoric disorder (PMDD), and can cause women to become highly irritable with fluctuating moods. Furthermore, Dr. Wisner stated that 1 out of 7 postpartum women undergo depression, as the hormone fluctuation leaves women very vulnerable to depression.

Dr. Wisner emphasized that it is important for women to seek treatment if they feel that they may be suffering from depression or anxiety, as there are treatments available that do work. No women should have to feel depressed or anxious, and it is therefore important to understand how your body and your mind work together for your overall health. Click here to watch the full WCIU feature with Dr. Katherine Wisner.

Study Finds Women Exercise Less and are at Higher Risk of Metabolic Syndrome
Posted by Erin Meyer on August 8, 2012 - 9:25am

Results of a recent study in Preventive Medicine showed that compared to men, women are at greater risk for comorbid metabolic syndrome, depression and high homocysteine levels, thus prompting researchers to conclude that women must become more active in order to decrease their risk for disease.

Researchers analyzed data from the 2005-2006 National Health and Nutrition Examination Survey, which included 1,146 people in various regions.  Those studied were older than 20 years old and not pregnant.  Participants wore an accelerometer (a device that measures both intensity and frequency of physical activity) for at least four days, ten hours per day to measure physical activity.  To measure depression, participants completed a survey and underwent a depression evaluation. Researchers measured homocysteine via non-fasting blood samples.  They also measured waist circumference, triglycerides, HDL-cholesterol, systolic and diastolic blood pressure, glucose, folate and vitamin B-12 in order to assess metabolic syndrome.

Defined by the American Heart Association/National Heart, Lung, and Blood Institute, patients have metabolic syndrome when diagnosed with three or more of the following: high waist circumference (≥102 cm for men, ≥88 cm for women), high levels of triglycerides (>150 mg/dL), low levels of HDL cholesterol (<40 mg/dL for men and <50 mg/dL or those taking cholesterol lowering medications), high blood pressure (≥130 mm Hg systolic or ≥85 mm Hg diastolic or those under medication lowering blood pressure) and high fasting glucose levels (≥100 mg/dL or those taking insulin or pills for diabetes).  These conditions increase the risk of cardiovascular disease, stroke and diabetes.

According to the Illinois Women’s Health Registry, when asked how women would classify their levels of activity throughout the day, 16% reported as very active, 59% as moderately active, and 24% as sedentary. At the very minimum, the CDC recommends 150 minutes of moderate exercise per week, or 21.4 min/day.  Female participants included in the study exercised 4.3 minutes less per day than recommended by the CDC, and one in four Illinois women report no exercise.  To reduce the chance of metabolic syndrome and the other co-morbidities, women must start exercising more.

Young Women with Ovarian Insufficiency at Risk for Depression
Posted by Sharon Green on December 8, 2010 - 7:35am 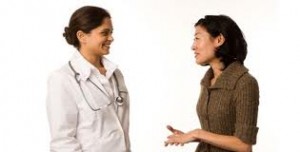 Young women with the menopause-like condition, primary ovarian insufficiency, are much more likely than other women to experience depression at some point during their lives, according to a study from the National Institutes of Health. The finding suggests that all women diagnosed with the condition should be evaluated for depression.

Depression is a serious medical illness affecting the brain which involves more than feeling blue or sad for a few days. Symptoms include persistent feelings of sadness, difficulty sleeping or over sleeping, energy loss, and feelings of worthlessness.

Primary ovarian insufficiency, or POI, results in a menopause-like condition years before normal menopause begins — sometimes as early as the teens or twenties. Women with POI stop producing normal amounts of reproductive hormones, develop hot flashes, and typically become infertile. The study authors evaluated 174 women with POI and found that 67 percent either were currently clinically depressed or had been depressed at least one time in their lives.

The researchers noted that this proportion was more than twice the rate of depression found by a national survey of women in the general population.

"Because of the strong association with depression, our results indicate all women diagnosed with POI should be thoroughly evaluated for depression," said Lawrence M. Nelson, M.D., co-senior author of the study and head of the Integrative and Reproductive Medicine Group at the NIH’s Eunice Kennedy Shriver National Institute of Child Health and Human Development (NICHD). "Simply asking patients if they are depressed is not sufficient. Primary care physicians should evaluate their patients with a diagnostic screening test to determine if treatment or referral to a mental health specialist for further evaluation is needed."

The study's first author was Peter J. Schmidt, M.D., of the National Institute of Mental Health (NIMH).   The study appears in The Journal of Clinical Endocrinology and Metabolism.

The study was unable to determine why women with POI are more likely than other women to experience depression. The investigators cited results of a previous study, which had suggested that depression might trigger physical changes that ultimately lead women to develop POI. However, in the current study, more than 73 percent of women with POI first experienced depressive symptoms after developing the irregular menstrual cycles believed to be an indicator of impending POI.

The findings also did not support the hypothesis that most women with POI become depressed after they are told of their diagnosis, when they learn that they will likely be infertile. In the current study, more than 68 percent of patients with POI who had depression had become depressed after the onset of irregular menstrual cycles, but before receiving the diagnosis of POI.

In a previous study, Dr. Schmidt found that women entering natural menopause at an appropriate age are at greater risk of depression late in the menopause transition, when estrogen levels are particularly low.

"Future studies are needed to help determine whether hormonal changes, perhaps combined with a particular genetic makeup, might predispose some women to depression," said Dr. Schmidt.

NIMH provides information about women and depression in its booklet Women and Depression: Discovering Hope.