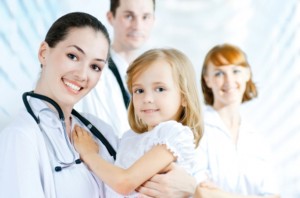 New research is surfacing that links anesthesia to inhibited cognitive developments in children under four. Significant brain development occurs in young children at this time, and ketamine—a common anesthetic—has been shown to affect the brain’s learning ability. Studies began back in 2003 when Merle Paule, Ph.D., director of the Division of Neurotoxicology at the FDA’s National Center for Toxicological Research, began observing the effects of ketamine on young rhesus monkeys, since this species closely resembles humans in physiology and behavior. While the ketamine-exposed monkeys performed cognitive experiments less accurately than the control group, the affect of ketamine on human children requires further research.

Interest in this area grew so much that, in 2010, the FDA and the International Anesthesia Research Society founded an initiative called Strategies for Mitigating Anesthesia-Related neuroToxicity in Tots, or “SmartTots” for short.  Director of Anesthesia, Analgesia and Addiction Products at FDA, Bob Rappaport, M.D. said, “Our hope is that research funded through SmartTots will help us design the safest anesthetic regimens possible.” SmartTots continues to advocate for research that can protect the millions of children who receive anesthesia each year.

Supplemental studies are necessary to understand whether all forms of anesthetics elicit similar deficits as ketamine, and, if so, how long these deficits last. Columbia University and the University of Iowa are currently exploring the effects of anesthesia on infant brain development and cognitive and language ability, thanks to the funding from SmartTots.  Until more conclusive data is published, parents are urged to work closely with their child’s clinicians in weighing all options and risks before exposing young children to anesthesia. 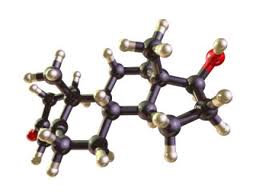 Testosterone might protect the memory of healthy aging women, according to a small open-label pilot study reported at the Endocrine Society 93rd Annual Meeting held in June 2011.  Nine postmenopausal women who used a transdermal testosterone spray for about 6 months saw improvements over baseline in verbal learning and memory. A group of matched untreated women saw no change from baseline in their test results. The study was small and further exploration is needed but the idea has merit.

"The results of our study offer a potential therapy, where none currently exists, to slow cognitive decline in women," said lead investigator Sonia Louise Davison, MD, PhD, from the Women's Health Research Program at Monash University in Melbourne, Australia. "Testosterone should be further studied in randomized placebo-controlled trials to determine whether it improves cognitive performance in postmenopausal women," she added.

At a press briefing, Dr. Davison said predictions of the number of people who will develop dementia in the coming years are "pretty worrying." Dementia is set to become an "enormous" and costly public health problem. Women develop dementia at double the rate of men; lower testosterone levels in women might play a role in this sex difference.

Dr. Davison's team explored the effects of testosterone on cognitive performance in 9 nondepressed cognitively normal women. The women were between 47 and 60 years of age (mean age, 55 years) and were receiving stable-dose hormone replacement therapy that was not administered orally. They applied the testosterone spray to the abdomen once daily for 26 weeks. A control group of 30 women provided normative data for comparison.At baseline and 26 weeks, all of study subjects took a computerized cognitive test battery, called CogState, which is capable of detecting small changes in cognitive performance, Dr. Davison explained.

Support for the Neuroprotective Effects of Testosterone

Dr. Davison called these results "exciting," and said they provide more evidence that testosterone exerts neuroprotective effects.In men, age-related declines in testosterone increase the risk for Alzheimer's disease, she said. It's been shown that healthy older men and men with mild cognitive impairment and early dementia have demonstrated improvements in cognitive performance, including memory, after testosterone treatment.

"There obviously is some important link between testosterone and cognition that needs to be explored further," Dr. Davison said.

The testosterone spray used in the study is "novel," she noted, "in that it uses a propellant of sunscreen to introduce the testosterone into the skin."