When the mind is at rest, the electrical signals by which brain cells communicate appear to travel in reverse, wiping out unimportant information in the process, but sensitizing the cells for future sensory learning, according to a study of rats conducted by researchers at the National Institutes of Health.

The finding has implications not only for studies seeking to help people learn more efficiently, but also for attempts to understand and treat post-traumatic stress disorder — in which the mind has difficulty moving beyond a disturbing experience.

During waking hours, brain cells, or neurons, communicate via high-speed electrical signals that travel the length of the cell. These communications are the foundation for learning. As learning progresses, these signals travel across groups of neurons with increasing rapidity, forming circuits that work together to recall a memory.

During waking hours, electrical signals travel from dendrites — antenna-like projections at one end of the cell — through the cell body releasing chemicals at the other end, stimulating adjacent cells.. When groups of cells repeatedly fire in this way, the electrical signals increase in intensity.  Dr. Olena Bukalo and her team examined electrical signals that traveled in reverse from the cell’s axon, to the cell body, and out its many dendrites. The reverse firing, happens during sleep and at rest, appearing to reset the cell and priming it to learn new information.

It was previously known that, during sleep, these impulses were reversed. In the current study, the researchers found that these reverse signals weakened circuits formed during waking hours, apparently so that unimportant information could be erased from the brain. But the reverse signals also appeared to prime the brain to relearn at least some of the forgotten information. If the animals encountered the same information upon awakening, the circuits re-formed much more rapidly than when they originally encountered the information.

“The brain doesn’t store all the information it encounters, so there must be a mechanism for discarding what isn’t important,” said senior author R. Douglas Fields, Ph.D., head of the Section on Nervous System Development and Plasticity at the Eunice Kennedy Shriver National Institute of Child Health and Human Development (NICHD), the NIH institute where the research was conducted. “These reverse brain signals appear to be the mechanism by which the brain clears itself of unimportant information.”

Their findings appear in the Proceedings of the National Academy of Sciences.

The researchers studied the activity of rats’ brain cells from the hippocampus, a tube-like structure deep in the brain. The hippocampus relays information to and from many other regions of the brain. It plays an important role in memory, orientation, and navigation.

A graphic illustration of a reverse firing neuron is available at: http://www.nichd.nih.gov/news/releases/Pages/031413-neurons-image.aspx.

Eating fish once a week may lower risk of dementia is elderly
Posted by Sharon Green on January 2, 2012 - 7:42am 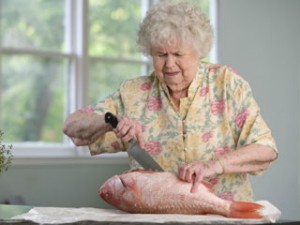 Eating fish at least once a week could help lower older patients' risk of developing dementia, according to Cyrus Raji, MD, PhD, from the University of Pittsburgh and colleagues reported at the Nov. 2011 Radiological Society of North America meeting.

Those who ate baked or broiled -- but not fried -- fish on a weekly basis had a greater volume of gray matter in areas of the brain associated with Alzheimer's disease than people who didn't eat fish as often.  Preserving brain volume was also associated with lower rates of developing cognitive impairment, he said.

Although a National Institutes of Health panel decided last year that nothing conclusively prevents Alzheimer's disease, researchers continue to investigate whether a healthy diet, or specific components thereof, can have any beneficial effects.

For their study, Raji and colleagues assessed 260 people, mean age 71, when they enrolled in the Cardiovascular Health Study between 1989 and 1990. At that time, they filled out questionnaires on dietary intake; 163 reported eating fish at least weekly, and some did so as often as four times a week.

All patients had an MRI 10 years later to assess brain volume, and then had follow-up cognitive testing between 2002 and 2003.

The researchers found that patients who ate fish at least once a week had greater volume in the frontal lobes and the temporal lobes, areas responsible for memory and learning, which are severely affected in Alzheimer's disease, Raji said.

Five years after the MRI, they found that 30.8% of patients who had low fish intake had developed mild cognitive impairment or dementia, compared with just 3.2% of those who had the highest fish intake and the greatest preservation of brain volume.

They also saw that 47% of patients with brain atrophy who didn't eat fish had abnormal cognition five years later compared with 28% of those who ate more fish and had more gray matter volume, Raji reported. "That's an impressive reduction in the risk of developing mild cognitive impairment of Alzheimer's," Raji said.

In further analyses, the researchers found that mean scores for working memory -- a function severely impaired in Alzheimer's disease -- were significantly higher among those who ate fish weekly and those findings persisted even after accounting for potential confounders.

This "simple lifestyle choice" of eating more fish increases the brain's "resistance" to Alzheimer's disease, Raji said, potentially via a few mechanisms: Fish are rich in omega-3 fatty acids, which can help increase blood flow to the brain and can also act as an antioxidant, thereby reducing inflammation, he said.

Omega-3s may also prevent the accumulation of amyloid plaques in the brain, he added.   He noted that fatty fish like salmon have more omega-3s, while smaller fish, such as cod, have less.

Although dietary intake of fish was measured only twice -- once at baseline and again in 1995 -- Raji said patients tended to maintain their levels of consumption, and he suspects that the observed benefits "are more likely to be observed if eating fish is a long-term habit as opposed to a short-term approach."

Mary Mahoney, MD, of the University of Cincinnati, who was not involved in the study, said that future studies should investigate whether omega-3s specifically are leading to benefits in brain volume.

"We're making the assumption" that fish is a marker for healthy lifestyle, she said. "If we could just cut to the chase and look at the protective mechanism, that would be better."

It's important to note  that the findings are preliminary and should be replicated in a larger sample and sex differences should be included since Altzeimer's is more prevalent in women.  In the meantime, it can't hurt to add fish to your diet...for many reasons! 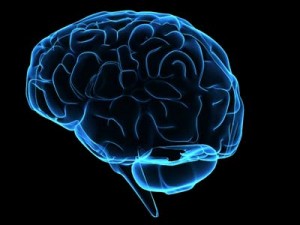 News related to obesity has recently been splattered all over the news, even more than usual in my opinion.  The latest headline is that obese or overweight patients had significantly less brain matter than those whose weights were considered normal.  The research article, "Brain Structure and Obesity," resulted from a collaboration between the University of Pittsburgh and the University of California, Los Angeles (UCLA) and was published online this month in the scientific journal Human Brain Mapping.  The senior author on the publication was quoted in the U. S. News & World Report as saying, "The brains of obese people looked 16 years older than their healthy counterparts while [those of] overweight people looked 8 years older."

An important thing to note about the research article is that their test subjects were an average age of 77 years old; therefore, these specific results are only applicable to the elderly population.  I looked through the research article itself and was happy to see that the genders were fairly represented in the test groups, with women comprising approximately 50% of the patients tested in normal, overweight, and obese groups.  As presented in the paper, authors did not find any striking differences correlated to gender; their results were equally applicable to both men and women.  It was acknowledged that there is some controversy among scientists regarding the association between brain volume and gender, and the authors cited additional published studies from other laboratories.  It was noted in their conclusion that gender effects are an important variable to pay attention to in future studies.  You can access a summary of the research article here.

Obesity is a sensitive issue for everyone, but a 2006 study suggested that it may affect the quality of life of women more than men.  A team led by Dr. Peter Muennig of Columbia University looked at existing data from a 2000 survey on health and quality of life.  More than 13,000 adults participated in this survey administered by the U. S. Department of Health and Human Services.  Dr. Muennig and colleagues also incorporated data from 1990-1995 on death rates in the U. S. into their study.  They concluded that health-related drops in quality of life scores were four times higher for overweight women than overweight men, and more than two times higher for obese women than obese men.  More strikingly, the authors found that there were about twice as many deaths among overweight and obese women than for men (when compared to their normal-weight counterparts) for the time represented in their study.  WebMD has a nice summary of the article here (including its caveats), or you can access the full article for free through PubMed Central.

You can help further these studies by participating in ventures such as the Illinois Women's Health Registry, or similar surveys administered in your state (or country, etc.)!  What do you think about these studies and their results?   Has obesity affected you or your loved ones in any way?