Skip to main content
Use of Mind & Body Practices Increasing in US
Posted by Sharon Green on February 18, 2015 - 12:28pm 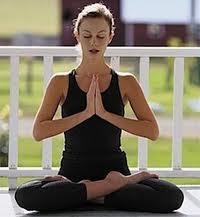 A nationwide survey reported that more Americans are using mind and body approaches to improve health and well-being. Interest in yoga is particularly on the rise.   The 2012 survey, developed by the NIH National Center for Complementary and Integrative Health (NCCIH) and the CDC, compared results with versions from 2002 and 2007.  Survey highlights:

The high rates of yoga are particularly interesting and may have been influenced by the growing number of yogo studios in the U.S.

Holiday celebrations lead to a bit of overindulgence but you can stay in good cheer with tips from Melinda Ring, M.D., medical director of the Osher Center for Integrative Medicine at Northwestern University.