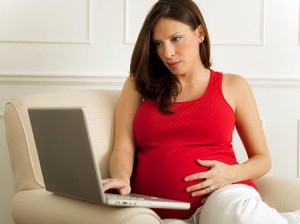 We all know that having children is expensive, but did you know that having your child in the United States can cost up to triple or quadruple the price as other developed countries? Pregnancy care and delivery costs have nearly tripled in the United States since 1996 and now range anywhere from $4,000 to $45,000. Gerard Anderson, an economist at the Johns Hopkins School of Public Health who specializes in international health costs said, “It’s not primarily that we get a different bundle of services when we have a baby, it’s that we pay individually for each service and pay more for the services we receive.” Paying “more” is an understatement. In the United States, the cumulative cost of nearly four million annual births exceeds $50 billion dollars.

These astronomical prices hit families hard, especially when maternity is not covered by many private insurance plans. Data from 2011 conclude that 62% of women covered by private insurance plans in the United States lacked maternity coverage. Even when women do have maternity coverage on their plans, they are slammed by higher copayments and deductibles. From 2004 to 2010, the prices that insurers paid for childbirth rose 49% for vaginal births and 41% for Caesarean sections in the United States. It’s hard to imagine that merely 20 years ago insured mothers typically paid nothing more than a nominal fee if they opted for a private hospital room or a television.

While childbirth costs have skyrocketed in the United States, other developed countries continue to keep comprehensive maternity care cheap or even free. Why is there such a large discrepancy? The reason is that the United States bills item by item instead of charging a flat fee for the care of an expectant mother, like in other countries. Some hospitals are starting to catch on and offer all-inclusive rates for pregnancy, but this is difficult to standardize across the United States, as birthing costs differ by geographic location. Luckily, the Affordable Care Act will mandate maternity coverage so that no expectant mother should be left paying entirely on her own, but the law is not clear about what aids are included in this coverage. Expectant parents should be excited about expanding their families, not worried about their latest $900 bill for an ultrasound. However, being aware of these financial burdens will help families make wiser choices about their healthcare to protect their loved ones. 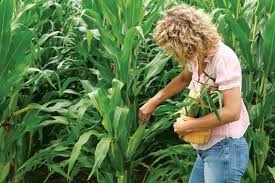 We tend to think of rural women's issues in the context of the developing world. But in America rural women also struggle. One of the big factors in rural poverty is the lack of access to decent health services. On March 30,2012, Worldview, a weekly talk show on WBEZ radio, a PBS affiliate, explored rural women’s health issues and needs in the U.S. with Sharon Green, the executive director of Northwestern University's Institute for Women's Health Research. She tells us about the difficulties of attaining proper care and how the Affordable Care Act could improve or complicate the lot of rural women.  To listen to the interview  CLICK HERE