As we come to the end of the special exhibit Changing the Face of Medicine, Celebrating America's Women Physicians at the Robert H. Lurie Medical Research Center here at Northwestern, we thought we’d provide a recap of some comments from our special exhibit event “Mentorship in Action” that occurred on December 7th.  At this event, several Northwestern women spoke about their experience as mentors and mentees, including Dr. Neena Schwartz from the Department of Neurobiology and Physiology, whose career has certainly paved the way for all women in science and medicine. 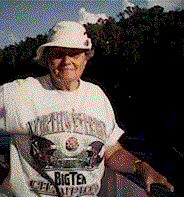 In her talk Dr. Schwartz addressed her own experience as a mentee and the status of women in medicine and research today, and gave her own recommendations for mentoring others.  Her academic career began at Goucher College, which was an all women’s college at the time.  She talked about her experience with mentors, some good and some not-so-good, but highlighted Meredith Runner from the Jackson Laboratory in Bar Harbor, Maine and Allen Lein from Northwestern’s physiology department.  Dr. Schwartz acknowledged that despite these positive mentors, she was also faced with many hurdles as a woman in science, noting that when she was an instructor at the University of Illinois Medical School, it was thought inappropriate for a pregnant woman to lecture to medical students.  In the 1950’s this was a typical attitude towards women, and something that Dr. Schwartz strove to overcome.

In 1971, at the annual meeting of the Federation of American Societies for Experimental Biology, Schwartz and a group of 27 other women colleagues founded the Association for Women in Science (AWIS) with the goal of increasing the number of women in tenure track positions and in study sections to review grants at the NIH.  In 1974, AWIS sued the NIH forcing them to stop all appointments to study sections.  They were to provide a list of all vacancies, a list totaling 413, to which AWIS responded with a list of 1000 qualified women scientists.  Although a major hurdle, opinions of women in science did not seem to progress rapidly from there.  Dr. Schwartz recalled being asked by a female graduate student if people laughed at her when she gave a paper at a meeting, to which Dr. Schwartz replied, “Only when I tell a joke.”  This comment, however, stressed the importance of mentoring young women students in the sciences.  Over the next several years other women societies starting forming including the Women in Endocrinology (WE) with which Dr. Schwartz was also involved. Although the presence of women in science and medicine has certainly increase over the last few decades, Dr. Schwartz brought up an article from 2006 in the New England Journal of Medicine that pointed out disparities still do exist in authorship of academic medical literature.

Lastly, Dr. Schwartz emphasized the importance of mentoring young female students stressing that a mentor should help a mentee define her research and career goals and nurture and guide her without stifling independent thought.  She also pointed out that colleagues can often be mentors by recommending women for committees and talks and by offering to critique CVs.  Overall Dr. Schwartz’s talk was informative and inspiring to the audience of both women and men from students to seasoned professionals.

Dr. Schwartz’s new book “A lab of My Own” will be available sometime in 2010.