One of the beliefs of the IWHR is that a very good way to increase the visibility of women's issues in science and medicine is to increase the number of actual women professionals in those fields. That why we were so happy to see the recent booklet put out by the NIH that highlights some of the important women working at the NIH. Entitled, "Women in Science at the National Institutes of Health 2007-2008", the booklet gives a great profile of many women at the NIH, divided by institute and center. According to the NIH press release about the publication, the booklet contains 298 profiles of women who serve in a "wide range of the roles, positions, and contributions of women across the NIH, including but not limited to, clinicians, basic scientists, program directors, policy analysts, computer scientists, epidemiologists, geneticists, and statisticians, as well as directors and deputy directors of NIH Institutes and Centers." 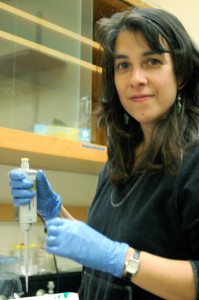 The personal stories aspect of this publication is absolutely the best part; these aren't just boring biographical sketches about education pedigree, but stories allowing the women to share "pivotal events" that turned them on to science and the insights they have gained over their careers.  As the press release states, "The book features women who started their education at community colleges, women who didn't go to graduate school until they were in their 40's and women whose childhood circumstances led them into a particular field of interest, such as addiction science. Some of these women pursued high-level science careers while raising children alone; others balanced the demands of their job with the demands of a husband’s equally challenging job." These are the personal details that make these women inspirational and make the booklet such an interesting read.

I urge you to download (absolutely free!) the publication "Women in science at the NIH", here. I'm quite certain that you'll see yourself in, or be inspired by, many of these women's stories.