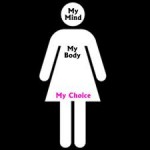 In January 2013, the American College of Obstetricians and Gynecologists (ACOG), which is the nation’s leading group in the field of obstetrics and gynecology, released an opinion on a lesser known form of abuse called reproductive coercion. Reproductive coercion occurs whenever a woman’s partner tries to stop her from making her own decisions regarding pregnancy. This includes pressuring a woman to have an abortion she doesn’t want, using threats to stop a woman from having an abortion she does want, and attempting to impregnate a woman against her will. This can include a man hiding his partner’s birth control pills, removing a condom in the middle of sex, or even removing a woman’s intrauterine device (IUD) or other internal contraceptive.

Rebekah Gee, an obstetrician and gynecologist who has studied this issue, believes that for men, reproductive coercion is often, “about taking away choices, taking away freedom, control and self-esteem.” She also points out that a man may attempt to get his partner pregnant to tie her to him, and prevent her from leaving him.

Researchers believe that this form of abuse, also called “birth control sabotage,” is more common among women who are abused by their partners in other ways. One study indicates that 25% of teenage girls and 15% of women with abusive partners reported experiencing reproductive coercion. Although researchers involved in the ACOG report are unsure exactly how prevalent this form of abuse is, they believe it is common enough that physicians and other healthcare providers should screen women and check for signs of reproductive coercion during routine visits.

If physicians do not ask questions, women who undergo abuse may not realize that something can be done to improve or resolve the situation they are in. Doctors can take direct steps to help these women by providing difficult to detect birth control, such as IUDs with shortened strings, or emergency contraceptives in unmarked packaging. Additionally, they can direct women to assistance hotlines or agencies, such as the National Domestic Violence Hotline. Simply providing information can also make a difference. In one small study, women in clinics were given small cards with information and a questionnaire about reproductive coercion. Reports of coercion dropped 71% among women who received this information.