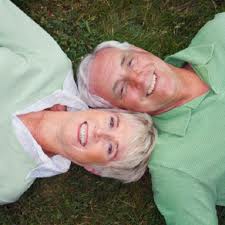 Older men may be at risk of developing mild cognitive impairment (MCI), often a precursor to Alzheimer’s disease, earlier in life than older women, according to a study appearing today in Neurology. The study raises the question of whether there may be a gender difference in the development and progression of MCI.

Scientists evaluated the cognitive health of 1,969 dementia-free older people and found 16 percent showed signs of MCI, a condition usually marked by memory problems or other cognitive problems greater than those expected for their age. Prevalence was greater among the older participants, and it was consistently higher in men than women across all age ranges.

"Because evidence indicates that Alzheimer's disease may cause changes in the brain one or two decades before the first symptoms appear, there is intense interest in investigating MCI and the earliest stages of cognitive decline," said National Institute on Aging (NIA)  Director Richard J. Hodes, M.D. "While more research is needed, these findings indicate that we may want to investigate differences in the way men and women develop MCI, similar to the way stroke and cardiovascular disease risk factors and outcomes vary between the sexes."

The researchers conducted in-person evaluations of 1,969 randomly selected people from all 70- to 89-year-olds living in Olmsted County, Minn. Results of the study indicated that:

The researchers noted that estimates of MCI prevalence vary in studies conducted around the world but generally fall into a range of 11 to 20 percent. The Mayo team's evaluation of participants included detailed in-person assessments that helped to capture the subtle changes in daily function that may mark the onset of MCI, Petersen said. The researchers also noted that the study’s limitations include a relatively low participation rate by Olmstead County residents and the fact that the population is predominantly white. Thus, these findings may not apply to other ethnic groups.

this disease is very scary to all of us but we need to face the reality... it may happen to anybody.... so i really appreciate experiments and studies for cure...thanks and goodluck!!!