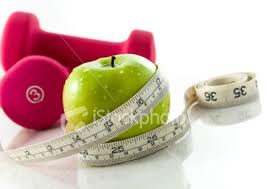 A new simulation model predicts weight changes with varying diets and exercise plans.  Researchers at the National Institutes of Health (NIH) have created a mathematical model — and an accompanying online weight simulation tool — of what happens when people of varying weights, diets and exercise habits try to change their weight. The findings challenge the commonly held belief that eating 3,500 fewer calories — or burning them off exercising — will always result in a pound of weight loss.

Instead, the researchers’ computer simulations indicate that this assumption overestimates weight loss because it fails to account for how metabolism changes. The computer simulations show how these metabolic changes can significantly differ among people. Findings are published Aug. 26 in a Lancet issue devoted to obesity.

However, the computer simulation of metabolism is meant as a research tool and not as a weight-loss guide for the public. The computer program can run simulations for changes in calories or exercise that would never be recommended for healthy weight loss. The researchers hope to use the knowledge gained from developing the model and from clinical trials in people to refine the tool for everyone.

“This research helps us understand why one person may lose weight faster or slower than another, even when they eat the same diet and do the same exercise,” said Kevin Hall, Ph.D., an obesity researcher and physicist at the NIH, National Institute of Diabetes and Digestive and Kidney Disorders (NIDDK)  and the paper’s first author. “Our computer simulations can then be used to help design personalized weight management programs to address individual needs and goals.”

The online simulation tool based on the model enables researchers to accurately predict how body weight will change and how long it will likely take to reach weight goals based on a starting weight and estimated physical activity. The tool simulates how factors such as diet and exercise can alter metabolism over time and thereby lead to changes of weight and body fat.

To test the model, the researchers compared predicted weight changes to actual changes in people. For example, the team found that people’s bodies adapt slowly to changes in dietary intake. They also found heavier people can expect greater weight change with the same change in diet, though reaching a stable body weight will take them longer than people with less fat.

The model also points to a potential simplified method to approximate weight loss in an average overweight person. An adult who has a body mass index (a measure of a person’s weight in relation to his or her height) between 25 and 29.9 is considered overweight. One example: For every pound you want to lose, permanently cut 10 calories from your current intake per day. At that rate, it will take about one year to achieve half of the total weight loss, and almost all of the weight loss will have occurred by three years. This calculation shows how long it takes to achieve a weight-loss goal for a single permanent change of diet or exercise. Researchers can use the web simulation tool to plan for a phase of more-rapid weight loss followed by a weight maintenance phase. People should consult with their physician prior to embarking on a diet plan.

“This research illustrates how the interdisciplinary skills of NIH scientists, like a physicist doing obesity research, can help lead to innovative ways to test, understand and treat a major public health epidemic,” said NIDDK Director Griffin P. Rodgers, M.D. “Advancing research from the laboratory to the bedside enables us to make the discoveries that can better people’s lives.”