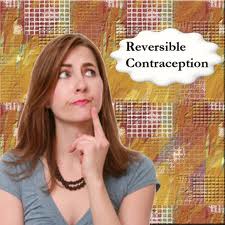 A growing number of U.S. women may be opting for intrauterine devices (IUDs) as their birth control method, a national survey finds.  That's good news, researchers say, since IUDs and contraceptive implants are the most effective forms of reversible birth control.

In the U.S., though, they are still far from the most popular, with use lagging well behind birth control pills and condoms.   In the new study, researchers found that in 2009, 8.5 percent of U.S. women using birth control chose an IUD or implant - with the large majority going with the IUD.

That was up from just under four percent in 2007, according to findings published in the journal Fertility and Sterility.

"We saw some pretty notable growth," said lead researcher Lawrence B. Finer of the Guttmacher Institute in New York, a sexual and reproductive health organization.  Some of the possible reasons given:    medical societies, like the American College of Obstetricians and Gynecologists (ACOG), have endorsed IUDs and implants; and an increase in advertisements for IUDs.

ACOG says the devices should be offered as "first-line" options for most women, because of their effectiveness and safety.

IUDs are implanted in the uterus, where they release small amounts of either copper or the hormone progestin to prevent pregnancy.   It is estimated that with IUDs, between 0.2 - 0.8 % of women will have an unplanned pregnancy.  It is effective for 5-10 years depending on the device.   The contraceptive implant, about the size of a matchstick, is inserted under the skin of the arm, where it releases controlled amounts of progestin.  The rate for unplanned pregnancy with implants is 0.05% and it works for 3 years.

"They are basically ‘set and forget' methods," Finer said.

In contrast, the Pill and condoms must be used perfectly to be most effective. And with the way people typically use them, the unintended pregnancy rate is about 9.0%  per year.    With condoms alone, it's between 18 and 21 percent.

More could be done to encourage U.S. women to opt for IUDs and implants, according to Finer.    In some other countries, the devices are much more popular: in France and Norway, for example, about one-quarter of women on birth control use IUDs or implants. And in China, a full 41 percent do, Finer's team says in its report.

When IUDs first came out, there were concerns that they might raise the risk of pelvic infection and jeopardize women's future fertility. So the original IUD labeling said the devices were contraindicated for women who'd never had children.   But it's now known that IUDs do not carry those risks.     "Many doctors continue to have outdated ideas about who can and cannot use an IUD," Finer said.

Cost may be another issue keeping women from using IUDs and implants.   The devices have a big upfront cost: the price of an IUD is $500-900 which does not include the doctor's charges for putting them in.    The Implanon implant costs between $400 and $800, with all charges considered.

Since the devices last for years, they are cost-effective in the long run, Finer said.

Birth control pills, for instance, cost anywhere from about $10 to $50 per month, depending on whether a woman uses generic or brand-name pills.   Finer said that may change, though, with healthcare reform. The new law considers birth control part of preventive healthcare, and most health plans must cover it without co-pays and deductibles.

IUDs and implants can have unwanted side effects, however. With the implant, irregular menstrual bleeding is most common; some women stop having their periods altogether.

"There's no one best birth control method for all couples," Finer said.    But he added that now that many couples are putting off having children until their 30s, more women may want to consider long-acting birth control options.