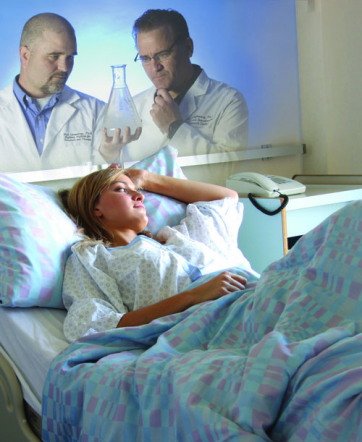 As we learn more about sex differences, it is  easy to understand why both men and women need to be included in clinical research.  But why does the sex of a cell used in basic research matter?    Cell lines and primary cells are often used by basic scientists in proof-of-concept experiments and when trying to figure out how biological mechanisms work.  These early findings help provide valuable clues for developing new drugs, treatments and diagnostic models that eventually can be applied to humans.

Recently, researchers in Korea have reported that the sex of cell lines and stem cells (the start of the science pipeline)  is often ignored.  Furthermore, most scientific journals still do not require authors to include the sex of the cells used in an experiment.

A similar problem exists when using animals like mice and rats---though that is starting to change due to outcries from advocates of sex inclusion in ALL research.

Many researchers use commercially available cells so this problem is not just one for the scientific community to solve.   It also behooves commercial enterprises to help change the paradigm of "sexless" experimentation by clearly defining (and providing) the sex of their biological products. This would help researchers to evaluate sex as a variable and ensure the sex distribution of cells is more balanced.  These changes will help advance science that is more accurate and unbiased.

In the end, to truly advance sex based research, we must ensure that changes are made in partnership with all members of the scientific pipeline:  the cell and animal suppliers, the bench scientist, the clinical scientist, the Institutional Review Boards who approve human study designs, the funding agencies, and the Journals who publish scientific outcomes.

With the new focus on "precision medicine", advocates must continue to make sure that sex differences are part of the equation.