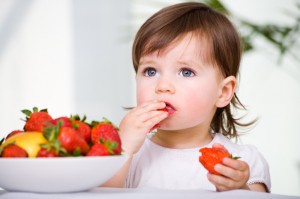 The news of the government shutdown has by now reached everyone’s ears and has sparked questions and concerns about the state of our nation. While several groups are directly affected in this stalemate, special attention must be drawn to the 9 million low-income women and children who may be adversely affected around the country.  These women and children rely on the government for food assistance through the “Special Supplemental Nutrition Program for Women, Infants, and Children,” known colloquially as the Women and Infant Children Program (WIC).  Douglas Greenaway, president and CEO of the National WIC Association, said that the state programs that serve this population may run out of money as early as next week, while others may be able to stay afloat until the end of the month.  The WIC clinics are funded by the U.S. Department of Agriculture, so when Congress fails to approve funding, it leaves WIC clinics, and the women and children they serve, in the lurch.  Since WIC programs are run by states through grants from the federal government, it is unclear which states will be hit harder than others.

Only women and young children who have acute nutritional deficits qualify for the WIC program.  They are given food benefits that average a meager $45 a month with benefits including vouchers to purchase whole grains, fruits and vegetables, fish, dairy and dairy substitutes, and infant formula.  The program also provides health care referrals and nutrition education for low-income pregnant women, new mothers, and children up to age five.  The WIC serves 53% of all infants born in the United States.  Every little bit helps these women and children who struggle to make ends meet in the lowest socio-economic quartile, and the uncertainties of the stability of the WIC program during the shutdown is an immense stress.

With Congress and the nation focused on larger, hot button issues, it’s easy for smaller programs like the WIC to fall through the cracks.  It’s equally important, however, to understand the ramifications of the government shutdown in order to truly grasp the magnitude of this event.

To learn about our local Chicago WIC clinic, click here.