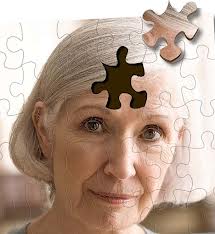 New research shows that women with Alzheimer’s disease show worse mental deterioration than men, even when at the same stage of the the disease.

According to researchers at the University of Hertfordshire, men with Alzheimer’s consistently performed better than women across the five cognitive areas they examined.

Most remarkably, the verbal skills of women with Alzheimer’s are worse when compared to men with the disease.   This finding is a striking difference to the profile for the healthy population where females have a distinct advantage.

Led by Keith Laws, Ph.D., the research team completed a meta-analysis of neurocognitive data from 15 published studies, which revealed a consistent male advantage on verbal and visuospatial tasks, as well as on tests of both episodic memory and semantic memory.

Episodic memory describes our ability to recall specific events of our own past, accompanied by the feeling of remembering. Semantic memory is knowledge that we acquire that is purely factual without any personal feeling or history attached.

The influence of hormones might be a possible explanation, he said, pointing to a loss of estrogen in women. Another theory is that men have a “greater cognitive reserve” that protects against the disease, he said.  Further analysis of the data showed that age, education level and dementia severity did not explain the advantage that men with the disease have over women, he added.

Alzheimer’s disease, a progressive condition affecting memory, thinking, behavior and emotion, is the most common form of dementia.

Alzheimer’s Disease International estimates that there are currently 30 million people in the world with dementia, with 4.6 million new cases every year. The incidence of Alzheimer’s is greater among women than men, with the difference increasing with age, researchers note.

The new study was published in the Journal of Clinical and Experimental Neuropsychology.