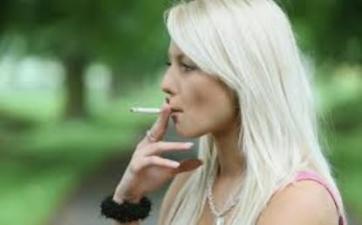 According to the American Lung Association, research shows that tobacco marketing targets women in numerous ways, including linking smoking to being socially desirable, independent, thin, and attractive. As a result, many teenage girls will initially begin smoking to lose or avoid weight gain, and be seen as independent, beautiful and fun. After women begin smoking, there are factors that make it more difficult for women to quit than men.

The National Institute on Drug Abuse points out that compared to men, “women are less likely to initiate quitting and may be more likely to relapse if they do quit.” Some smoking cessation programs use nicotine replacement therapies, such as nicotine gum or the patch. However, nicotine replacement may be less effective for women than for men when used to quit smoking. Additionally, cigarette and nicotine withdrawal symptoms may be felt more strongly in women than in men. Just as weight concerns are a factor that prompt women to start smoking, fear of gaining weight is a factor that prevents some women from attempting to quit smoking, or remain quit.

The factors that contribute to why women begin smoking, and why it may be more difficult for them to quit smoking, are important for health professionals to understand. Understanding the factors that contribute to smoking will allow them to be incorporated into smoking prevention and cessation programs and make the programs as effective as possible.