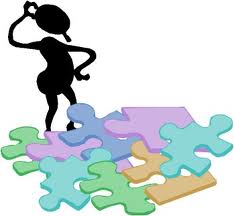 Consumers are often frustrated when they hear the results of research studies that indicate a "maybe" rather than a definitive answer.  Here's an interesting study that demonstrates the long road researchers often have to take.  On the other hand, trial and error sometimes leads to surprising results and are worth it.  This example also demonstrates how different medical disciplines can learn from each other.

A new study suggests that a common sexually transmitted virus already linked to cancer may also cause cardiovascular disease.

Women infected with the human papillomavirus, or HPV, are two to three times as likely as uninfected women to have had a heart attack or stroke, according to a report published recently in The Journal of the American College of Cardiology.

HPV is known to cause cancer of the cervix, vulva, penis, anus and throat, but the new study is the first to connect the virus to heart disease. The heart findings are not definitive: They show the virus may be associated with heart disease, but do not prove it caused the disease.

The senior author of the study, Dr. Kenichi Fujise, a cardiologist at the University of Texas Medical Branch in Galveston, said the research grew out of his quest to find out why some people have heart attacks even though they have none of the usual risk factors, like high cholesterol or high blood pressure. About 20 percent of patients with heart disease lack obvious risk factors, and researchers think those people must have other underlying problems that science has not yet figured out.

Dr. Fujise decided to study HPV because the virus can sabotage a gene called p53, which normally protects the body from cancer and may also help prevent artery disease. Inactivation of p53 occurs in a variety of cancers, and the gene is considered to be a sort of guardian of the genome. Disabling p53 may also lead to inflammation and thickening in the walls of arteries.  HPV is the most common sexually transmitted infection in the United States. Scientists estimate that half of sexually active men and women have been infected and that 80 percent of women have had it by age 50. The virus has many strains, only some of which cause cancer. In most people, the immune system fights off the virus.  The infection persists and causes cancer in only a small minority. Two vaccines are approved to prevent HPV infection and are recommended for young people before they become sexually active. The vaccine does not work in people who are already infected.

Dr. Fujise studied 2,450 women, ages 20 to 59, who took part in a national health survey from 2003 to 2006. The women used vaginal swabs to provide specimens for HPV testing and reported whether they had heart disease, which was defined in this study as ever having suffered a heart attack or stroke.

In all, 1,141 women had HPV. Sixty women had heart disease; of those, 39 also had HPV. When the researchers analyzed the data and adjusted for heart risks like smoking, blood pressure and weight, they found that women with HPV were 2.3 times as likely as those without the virus to have heart disease. The risk was even higher, 2.86 times that of uninfected women, in those who had HPV strains known to cause cancer.

Dr. Fujise said the results surprised him. “I was thinking maybe there would be just a weak link or no link, but this is a strong link,” he said.   Even if further research confirms the connection, most people who contract HPV would not be at special risk for heart disease. Dr. Fujise said that if the link is real, heart disease, like cancer, would be likely to develop only in people with lingering HPV infection.

A researcher not involved with the study, Dr. Lori Mosca, director of preventive cardiology at NewYork-Presbyterian Hospital/Columbia University Medical Center, said: “I’m definitely intrigued by this. The biological argument is highly plausible and deserves further investigation.”

But she emphasized that plausibility is not enough; the history of medicine is full of ideas that made sense and turned out to be wrong. The type of study that Dr. Fujise did, in which scientists look for associations in a mass of data, is good for generating ideas for more research, but it does not prove cause and effect.

Finding an association does not even tell which condition came first. In theory, heart disease could have come first and made the women more vulnerable to HPV. Or some other unknown factor could have predisposed some women to both HPV and heart disease.

“We need to proceed with caution,” Dr. Mosca said. “We need to go on and do more rigorous kinds of research that would answer the question more definitively.”She said that many researchers were studying possible links among cancer, infections and heart disease, but that so far no infection had been proved to cause artery disease.

Dr. Fujise’s work, she said, “has the potential, if it does pan out, to further inform the public about the potential benefits of vaccination for HPV.” But she added that the findings were too preliminary to be used as evidence in favor of vaccination.

I'm glad to see that scientists are looking for other causes of heart disease other than just obesity,cholesterol, diabetes, smoking - the usual culprits. We have all known thin people who live on salads, don't smoke and still have an early heart attack. I am intrigued by the P53 tumor suppressor gene that helps stop the formation of tumors. My mother has been a cancer patient at M.D. Anderson in Texas since about 1977 having had unrelated tumors over the years - starting with ovarian cancer, then cancer of the eye, then breast cancer. We found out she has also has the BRCA gene mutation. However, she is 89 and has not had any kind of early heart disease. The researchers at M.D. Anderson need to check out the cancer patients with a mutated P53 gene and co-relate that with heart disease in the patients. Of course, they are probably already doing that.