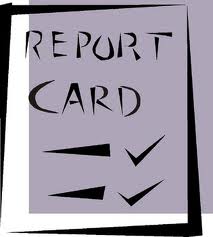 The United States has failed to meet most goals for women’s health — largely federal objectives drawn from the U.S. Department of Health and Human Services’ Healthy People 2010 agenda — according to a report released today on the status of women’s health by the National Women’s Law Center (NWLC) and Oregon Health & Science University (OHSU).

Overall, the nation is so far from meeting the Healthy People and related goals that it receives a general grade of “Unsatisfactory.” Of the 26 health indicators that were graded, the country received a “Satisfactory” grade in only three and received a failing grade in half.

Released today, the 2010 edition of Making the Grade on Women’s Health: A National and State-by-State Report Card, is the fifth in a series of reports since 2000. It grades and ranks each state based on 26 health status benchmarks and also identifies whether states have met 68 health policy goals. NWLC and OHSU developed the report as a resource for advocates, policymakers, and health experts to assess women’s health at the federal and state levels. The Report Card provides comprehensive data for researchers to analyze changes in women’s health and well-being. This edition of the Report Card includes an analysis of the current status of women’s health, a 10-year look back at progress and setbacks, and a comparison to women’s health status in 2007, when the Report Card was last published.

To view the report state by state, click HERE.

The National Women's Law Center is a nonprofit organization that has been working since 1972 to expand opportunities and eliminate barriers for women and their families, with a major emphasis on women’s health, education and employment opportunities, and family economic security.

The Oregon Health & Science University Center for Women’s Health aims to advance and integrate all aspects and modes of health care for women in every stage of life and across the full spectrum of circumstances within the context of research, education, clinical models, health care policy, community action and key partnerships.

Unbelievable, I was going to ask if there were any states that received a satisfactory rating but from the report you can see that not 1 state received this. This is truly amazing! However good to see that there are some things being done for this, it will be interesting to see the full affects of this in time.
I have been in search of such helpful information, I should consider my self lucky because I landed up in this site and got answer to my question. Problem solved. Helpful post, my gratitude to the post provider.
It's somewhat surprising that we scored so low on this Because lately, it appeared that people were growing more concerned with their health. Great post.