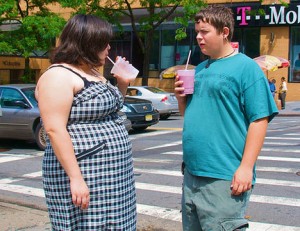 Gender Differences in Blood Pressure Appears As Early As Adolescence, With Girls Faring Worse The female hormone estrogen is known to offer protection for the heart, but obesity may be taking away that edge in adolescent girls. New research from the University of California at Merced finds that although obesity does not help teens of either gender, it has a greater impact on girls’ blood pressure than it does on boys’. In a study of more than 1,700 adolescents between 13 and 17 years old, obese boys were 3.5 times more likely to develop elevated systolic blood pressure (SBP) than non-obese boys, but similarly obese girls were 9 times more likely to develop elevated systolic blood pressure than their non-obese peers. Systolic blood pressure, which is represented by the top number in a blood pressure reading, is the amount of force that blood exerts on blood vessel walls when the heart beats. High systolic measurements indicate risk for heart disease and stroke. Rudy M. Ortiz, PhD, Associate Professor of Physiology and Nutrition and his team obtained their data by direct measurements during the school district’s health surveys and physicals to assess the teenagers’ systolic blood pressure (SBP) against two health indicators: body mass index (BMI), which was categorized as normal weight, overweight, or obese, and blood pressure, which was categorized as normal, pre-elevated, or elevated. The researchers found that the teenagers’ mean BMI was significantly correlated with mean SPB for both sexes when both BMI and blood pressure assessments were used. They also found a significant correlation between BMI and SBP as a function of blood pressure, suggesting that the effect of body mass on SBP is much greater when it is assessed using blood pressure categories. “We were able to categorize the students in different ways, first based on BMI within each of three blood pressure categories. Then we flipped that around and looked at each category of blood pressure for different weight categories. In each case, we are looking at SBP as the dependent variable,” said Dr. Ortiz. An odds ratio analysis revealed that obese boys were 2 and 3.5 times more likely to develop pre-elevated and elevated SBP, respectively, than boys who were normal weight. Obese girls were 4 and 9 times more likely to develop pre-elevated and elevated SBP, respectively, than girls who were normal weight. According to Dr. Ortiz, the results do not bode well for obese teens later in life, especially for the girls. “Overall, there is a higher likelihood that those who present with both higher BMI and blood pressure will succumb to cardiovascular complications as adults. But the findings suggest that obese females may have a higher risk of developing these problems [than males].” As for why obesity has a greater impact on SBP in girls than in boys, Dr. Ortiz has a hunch. “This may be where physical activity comes into play. We know, for example, that obese adolescent females participate in 50 to 60% less physical activity than boys in the population surveyed.”

It's very saddening to know such fact, as this definitely will affect their morale and self-confidence, which is very much crucial for their age since it's critical for their development. In line with these, there certainly is a need for better control of children's diet so they don't turn as obese on their teens. We need to keep these under control for it's very alarming.
Our children need to be more active, yet we continue to cut funding for sports and athletics!
both obesity and high blood pressure can result in the third component of metabolic syndrome which is diabetes therefore would recommend to people who suffer from these problems a visit to the endocrinologist in order to prevent what is coming
Oh my God.. I wonder if what will happen to them if they continue their ways of eating alot of unwanted foods.. They should stop it as soon as possible..
Interesting...for some reason I would have thought it would be the opposite.
It does seem that girls are less active at this age and this is a massive contributing factor. We can only keep plugging away at an early age the need to eat healthy and exercise daily!!
It makes me sad everyday as I watch overweight teens walk by my office. Even the girls on sports teams seem to be overweight at an early age.
We must educate our young with positive healthy nutrition habits along with physical fitness habits and these habits have to be a daily occurrence. Nutrition has to be talked about, addressed, and learned. Most families today really know nothing about nutrition. People think that a diet coke will keep you thin and that lowfat foods are good for you. The internet is here and access to information is now quick and easy. A blog like this one is a great resource and starting point! There really is no excuse. Thanks for the great information.
This is why I strive to help teens to get and stay in shape with sound nutrition and proper activity. It breaks my heart to see overweight teens. It is a tough enough time anyway let alone to have issues with weight and self image due to obesity.
I really didn't know about that. Why are girls more affected? there are some answers here but i'd like more. thank you
gee!does that mean that obesity is silent killer both for teens and adults.having discovered that the female adult has a higher risk of heart failure than the male.I think our girls are reading this and should stop this die-hard attitude of eating junk and shying away from exercises.
On a daily basis, children need to exercise for at least 45 minutes a day. Physical activities such as: sports, dancing, yoga, karate, household chores (vacuuming, washing) and etc.. The important thing is for teens to move around. Walking is something taken for granted nowadays. Taking strolls in the park or neighborhood area is not only fun but also free and there are many health benefits for your body and mind.
Excellent article, It is so very important that we keep a finger of the pulse of this issue, there are so many people in the world diganosed with High blood pressure now days. Especially young people, it is our responsibility to protect our children. http://highbloodpressureinformation.org
What a shame to see young people getting fat! It is so easy to lose a few pounds (or more if that would be necessary) by following a few simple rules.
Because of technology people are being lazy. And children are playing computer games as a recreation instead of running outside their houses and playing ball games that can made them sweat. Parents should always watch out for their children especially those students. Lots of students are suffering from depression and to be guided.
This has become a national emergency. Teens health habits in the US are worse than any other country in the world. The resulting health issues from teenage obesity are off the charts.
We should really be putting a lot into making sure our youth are healthier as these are the future of our generation. We need to get out of this idea that we can get into a cycle of putting on weight through no exercise and poor diet and then getting rid of it by changing the diet. This is a vicious cycle that is bad for the body and is what leads to anorexia in teenagers. We need to start thinking about our lifestyle choices, and changing our nutrition plans and exercise time allocations. Not simply having a crash diet to pull out a few weeks before an important event.
Fantastic web site. Lots of helpful info here. I’m sending it to some friends ans additionally sharing in delicious. And naturally, thank you on your effort!
It seems that many parents have forgotten the benefits of gaming, like focus and concentration issues. Gaming can so easily be educational, also like games with maths and words. On the other hand, we need to gert them creatve and active too, so they womnt stay in house for hours.