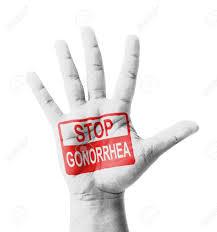 Gonorrhea, also known as 'the clap', is one of the most common sexually transmitted diseases (STDs). The Centers for Disease Control estimate that between 700,000 and 800,000 people in the United States get gonorrheal infections annually. However, less than half of these infections are detected and reported.

But what actually is gonorrhea? It is a STD that is caused by infection with the Neisseria gonorrhoeae bacterium, which grows and multiplies easily in the mucus membranes of the body. The bacterium grows in the reproductive tract, including the cervix, uterus, and fallopian tubes in women, and the urethra in both women and men. Gonorrhea can also grow in the mouth, throat, and anus. The disease is transmitted through sexual contact with an infected partner. Ejaculation does not have to occur for the disease to be transmitted.

Most women who have gonorrhea do not have symptoms and if they do have symptoms, they are most often mild and nonspecific and can be mistaken for bladder or vaginal infections. Some of the symptoms include greenish yellow discharge from the vagina, vaginal bleeding between periods, burning sensation when urinating, and swelling of the vulva. Due to the fact that the symptoms are so mild that they go unnoticed, it is very important to get tested for STDs if you are having unprotected sex and/or if your partner shows any signs or symptoms of an STD.

If left untreated, gonorrhea can cause serious health problems in both men and women. For women, the disease can spread up into the uterus or fallopian tubes and cause pelvic inflammatory disease (PID). PID can lead to many different complications, including infertility, and chronic pelvic pain, and it can also increase the chances of an ectopic pregnancy. Pregnant women who have gonorrhea can give the infection to their baby as the baby passes through the birth canal during delivery. This can lead to blindness, joint infection, or blood infection in the baby. The good news is that gonorrhea can be cured!

There are a few ways to prevent gonorrhea: