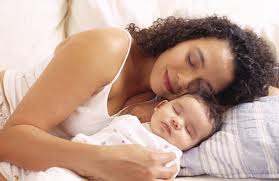 Importance of Contraception During the Postpartum Period

Half of all pregnancies in the United States are unintended, and these pregnancies have been associated with adverse pregnancy behaviors and outcomes, including delaying prenatal care, decreased likelihood of smoking cessation, increased incidence of low birth weight, and decreased breastfeeding (3). In addition, short  intervals between pregnancies can lead to negative consequences such as low birth weight and preterm birth (4). The postpartum period is an important time to initiate contraception because new mothers are accessing the health-care system and might have increased motivation to avoid another pregnancy. Ovulation can occur as early as 25 days postpartum among nonbreastfeeding women, underscoring the importance of initiating contraception in the very early postpartum period (5).

However, safety of contraceptive use among postpartum women also must be considered. Hematologic (blood) changes that occur normally during pregnancy, including an increase in clotting factors and a decrease in natural anticoagulants that control bleeding, result in an increased risk for VTE during the postpartum period. In addition, many postpartum women have additional risk factors that further increase their risk for VTE, such as age ≥35 years, smoking, or recent cesarean delivery. This is of concern when considering postpartum contraception options because combined hormonal contraceptives  are themselves associated with a small increased risk for VTE among healthy women of reproductive age (6).

Very good article. Birth control will maintain the health of mothers and babies. The use of contraceptives is one of the main ways to implement. Thank you.
Some very good and pertinent information here, thank you. It is so easy to have an 'idea' of the benefits of having babies close together, but I agree with Jeremiah that the reality for most women is very challenging and detrimental to both physical and mental/emotional health. We waited 5 years!
Some people believe that having their children very close together is better and easier but I have spoke to very few women who would confirm this, after the fact. I believe that it is easier if they are spaced out at least 3 to 4 years. This gives a little rebound time for the mother and a little more one on one time for the baby. Just my opinion. Thanks for the informative an well written article.
birth of a baby is an extraordinary happiness for a mother.I found so many exciting substance in your articles. thanks for posting, a lot of knowledge I have gained.
My children are 2 years apart, and I thought that was pretty darn close. As hard as it was when my second was born, I wouldn't have it any other way. They play so well together. It's almost as if they are the same age in some respect. I wasn't on any contraception because of the fear that it would decrease my breastmilk supply. However, getting pregnant with our second so early after having our first was a mutual decision...one that was discussed. Great article!
Wonderful article. The information here was very useful. Thank you!
Baby spacing is a good thing to do especially when the woman had undergone C-Section from previous birth. You have to give time for the incision to heal. Moreover, for the health of the mother, it allows her pay more attention to the young child's growth process. It makes no sense when you have to deal with a young child while dealing with pregnancy at the same time.
I am really glad I found this article. I was seriously considering having my first baby but I have not yet spoken with my doctor about my blood clotting disorder and how that will effect me during postpartum. Thanks for this article! I would have never thought to ask.
Thanks for the post. But an obvious note, It's important to use protection at all times if your not intending a pregnancy!
Initiation of contraception during the postpartum period is important to prevent unintended pregnancy and short birth intervals, which can lead to negative health outcomes for mother and infant. Very informative article.
It definitely helps to wait to let a mother recover and get some sleep. I can't imagine being pregnant and sick, while taking care of a newborn!
Nice post! Many women that has a first pregnancy don't know the importance of contraception during the postpartum period. Nice sharing about that knowledge. :)
Great post here!But maybe before you use contraceptives try to consult with your doctor to see which one is more comfortable with you and your health condition. Keep up the good work
Spacing is really recommended when you have CS. But my spacing was too long. :(