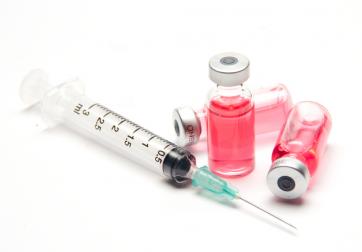 Biological differences between the sexes could be a significant predictor of responses to vaccines, according to researchers at the Johns Hopkins Bloomberg School of Public Health. They examined published data from numerous adult and child vaccine trials and found that sex is a fundamental, but often overlooked predictor of vaccine response that could help predict the efficacy of combating infectious disease.

“Sex can affect the frequency and severity of adverse effects of vaccination, including fever, pain and inflammation,” said Sabra Klein, PhD, lead author of the review and an assistant professor at the Bloomberg School’s W. Harry Feinstone Department of Molecular Microbiology and Immunology. “This is likely due to the fact that women typically mount stronger immune responses to vaccinations compared to men. In some cases, women need substantially less of a vaccine to mount the same response as men. Pregnancy is also a factor that can alter immune responses to vaccines.”

Researchers conducted a review of existing literature on several vaccines including yellow fever, influenza, measles, mumps and rubella, hepatitis and herpes simplex to obtain evidence of the difference in responses between women and men. They also examined the effect hormonal changes that occur during pregnancy have on vaccine efficacy. Researchers found that despite data supporting a role for sex in the response to vaccines, most studies did not document sex-specific effects in vaccine efficacy or induced immune responses.

“Understanding the biological differences between men and women to vaccines could have led to better distribution of the H1N1 vaccine during the early months. Our review of the literature found that healthy women often generated a more robust protective immune response to vaccination when compared to men,” said Andrew Pekosz, PhD, associate professor at the Bloomberg School’s W. Harry Feinstone Department of Molecular Microbiology and Immunology. “An understanding and appreciation of the effect of sex and pregnancy on immune responses might change the strategies used by public health officials to start efficient vaccination programs, optimizing the timing and dose of vaccines so that the maximum number of people are immunized.” added Klein.

“The Xs and Y of Immune Responses to Viral Vaccines” was written by Sabra L. Klein, Anne Jedlicka and Andrew Pekosz.