In the first study to consider the impact of gender on patient outcomes in major gastrointestinal surgeries, researchers at UC San Diego Health System have found that women are more likely to survive after the procedure than men. The pattern is even more pronounced when comparing women before menopause with men of the same age.

Results, now published online in the Journal of Surgical Research in a paper titled “The Battle of the Sexes: Women Win Out in Gastrointestinal Surgery,” shed light on major differences between patients which impact treatment success, and open pathways to creating new therapies aimed at improving survivability of surgical patients.

“Science is just now understanding that one size does not necessarily fit all, as each individual person may respond differently to disease and treatment. However, medical outcomes could be optimized by tailoring therapies based upon each individual’s unique genetic make-up as well as other characteristics. Gender is among the most important traits,” said Carrie Y. Peterson, MD, a surgical resident physician at UC San Diego Health System who is combining her clinical residency with scientific research training, and first author of the paper.

Peterson and colleagues performed a retrospective review of the National Institute of Health database from 1997 to 2007 and identified a total of 307,124 patients with gastrointestinal surgeries. Over 50 percent of them were women, who, according to the study, are 21.1 percent less likely to die after major stomach or intestinal surgery than men. In particular, female patients had lower mortality in gastric, small intestine, large intestine, hepatic, and pancreatic surgeries.

To control for the effect of menopause, researchers analyzed the rates of in-hospital deaths for patients over the age of 50 and those patients who were between 18 and 40 years old. Women between 18 and 40 were 33 percent less likely to die than men of a similar age, and women over the age of 50 were 17 percent less likely to die than age-matched men. “The results suggest that female hormones might enhance the immune system – a process previously shown in animal models and also observed in trauma patients,” said Peterson. “Thus, there is a hope that negating the effects of testosterone or giving estrogen to male patients could be considered part of a treatment plan.” 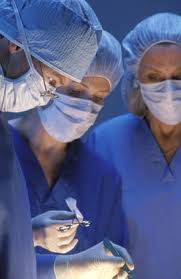 Furthermore, researchers defined additional factors that might contribute to higher survivability rates in women. According to the data, females more frequently had operations performed for elective reasons (58.23 versus 53.57 percent), and were more likely to have their surgeries performed in teaching hospitals (52.01 versus 50.96), which often offer the latest therapies and additional patient care provided by residents.

“Women are probably more proactive with their health in general than men, have more reasons to seek health care, and access the system more readily. This may lead to addressing health care needs and surgical interventions earlier in the history of the disease, resulting in an elective operation,” said David C. Chang, PhD, MPH, MBA, director of Outcomes Research in the Department of Surgery at the University of California, San Diego School of Medicine and senior author of the paper. “Men, in turn, may tend to delay presenting for a doctor visit until symptoms are severe and require urgent or complex intervention.”

So, am I understanding this article correctly by saying there is no inherent genetic reason for women to survive the procedure more, except that they seek treatment earlier than men? I guess men tend to be more stubborn, so it makes sense. Thanks for the article. I will definitely get myself checked out if necessary before it's too late. EDITOR's COMMENTS: Seeking timely treatment is important but this article also implies there may be some outcome linked to the hormone environment in women....more research needed!
The comment about men not presenting themselves early when symptoms appear, I think this is very relevant point as many men dismiss things because of time restrictions or fear of going to the doctor.
Wow, I have to put this information on my website. I have a lot of women emailing me for help with GI disorders, particularly gastroparesis, that I just can't answer although I've become somewhat an expert on the matter. I know quite a few women who are scared of surgery, so maybe this information will be a call to action?