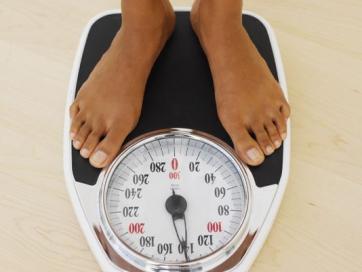 Systolic blood pressure, which is represented by the top number in a blood pressure reading, is the amount of force that blood exerts on blood vessel walls when the heart beats. High systolic measurements indicate risk for heart disease and stroke. Rudy M. Ortiz, PhD, Associate Professor of Physiology and Nutrition and his team obtained their data by direct measurements during the school district’s health surveys and physicals to assess the teenagers’ systolic blood pressure (SBP) against two health indicators: body mass index (BMI), which was categorized as normal weight, overweight, or obese, and blood pressure, which was categorized as normal, pre-elevated, or elevated. The researchers found that the teenagers’ mean BMI was significantly correlated with mean SPB for both sexes when both BMI and blood pressure assessments were used. They also found a significant correlation between BMI and SBP as a function of blood pressure, suggesting that the effect of body mass on SBP is much greater when it is assessed using blood pressure categories. “We were able to categorize the students in different ways, first based on BMI within each of three blood pressure categories. Then we flipped that around and looked at each category of blood pressure for different weight categories. In each case, we are looking at SBP as the dependent variable,” said Dr. Ortiz. An odds ratio analysis revealed that obese boys were 2 and 3.5 times more likely to develop pre-elevated and elevated SBP, respectively, than boys who were normal weight. Obese girls were 4 and 9 times more likely to develop pre-elevated and elevated SBP, respectively, than girls who were normal weight.

According to Dr. Ortiz, the results do not bode well for obese teens later in life, especially for the girls. “Overall, there is a higher likelihood that those who present with both higher BMI and blood pressure will succumb to cardiovascular complications as adults. But the findings suggest that obese females may have a higher risk of developing these problems [than males].” As for why obesity has a greater impact on SBP in girls than in boys, Dr. Ortiz has a hunch. “This may be where physical activity comes into play. We know, for example, that obese adolescent females participate in 50 to 60% less physical activity than boys in the population surveyed.”

It's important to take steps to prevent obesity at its first onset--for both adolescent boys and girls. Being active and eating healthy foods are great initial steps towards healthy living!