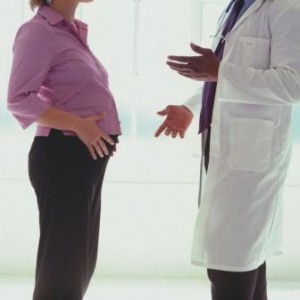 Half of all stillbirths result from pregnancy disorders and conditions that affect the placenta, according to a new report. Risk factors already known at the start of pregnancy—such as previous pregnancy loss or obesity—accounted for only a small proportion of the overall risk of stillbirth.

Stillbirth is the death of a baby during the second half of pregnancy—at or after the 20th week of gestation. It occurs in 1 out of 160 pregnancies nationwide. Some risk factors had previously been linked to stillbirth, including maternal diabetes or high blood pressure. But the underlying causes of stillbirth remained unknown in as many as half of stillbirths.

To learn more about the origins and prevention of stillbirth, the National Institutes of Health created the Stillbirth Collaborative Research Network.  The network enrolled more than 600 women who delivered a stillbirth in certain regions of the country.

In one of the studies, the researchers compared 614 stillbirths with 1,816 live births. They searched for factors at the start of pregnancy that might raise the risk for stillbirth. The analysis strongly linked stillbirth with several reproductive features, including being a first-time mother or having stillbirth or miscarriage in earlier pregnancies. Other maternal factors linked with stillbirth include being overweight or obese, age 40 or older, AB blood type, a history of drug addiction and smoking 3 months prior to pregnancy. Still, these early risk factors represented little of the overall risk, and so they have limited usefulness as predictors of stillbirth.

The analysis confirmed earlier findings that African-American women are at greater risk for stillbirth compared with white or Hispanic women. The stillbirth risk for African Americans was greatest for deliveries before the 24th week of pregnancy. Further analyses of early pregnancy may yield insights for reducing the racial disparity in stillbirth rates.

In the other study, researchers completed comprehensive medical evaluations of 512 stillborn babies to identify the causes of death. Evaluation included an autopsy of the fetus, examination of the placenta, a karyotype test to check for abnormalities in the baby's chromosomes, and a review of the medical records.     The detailed medical evaluations allowed scientists to identify a probable cause of death in 61% of cases and a probable or possible cause of death in 76% of cases. Earlier studies, which typically were limited to analyzing medical records, could identify a cause of death in only about half of cases.

The researchers found that pregnancy or birth-related complications contributed to the largest proportion of stillbirths (29%). These complications include preterm labor or premature rupture of membranes that hold the amniotic fluid. Another such complication is abruption of the placenta, in which the placenta separates from the wall of the uterus. Other identified causes included abnormalities of the placenta (24% of cases), genetic conditions or birth defects (14%), infection (13%), problems with the umbilical cord (10%) and maternal high blood pressure (9%).

“Our study showed that a probable cause of death—more than 60%—could be found by a thorough medical evaluation,” says study co-author Dr. Uma M. Reddy of NICHD. “Greater availability of medical evaluation of stillborn infants, particularly autopsy, placental exam and karyotype, would provide information to better understand the causes of stillbirth.”