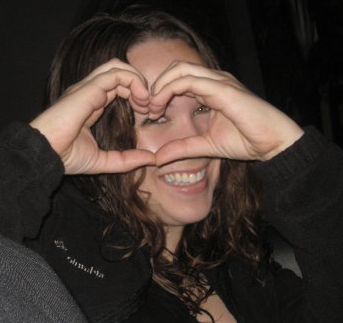 A study was recently published online in the journal Circulation, the journal of the American Heart Association, showing that optimistic women are less likely to suffer from, or die of, heart disease. The study is actually really fascinating (the article abstract and the downloadable entire article can be found here.)

I think this particular study highlights some important points:

1. The study participants are very much like the group that we are trying to collect through the Illinois Women's Health Registry (if you’re an Illinois resident, go join!). They were women in the government-funded Women's Health Initiative, and the sheer number and racial diversity of participants allowed researchers to make new connections, simply by following the women’s health progress for a couple of years and administering very short questionnaires. It’s amazing what we can do when we all participate in these kind of registries!

2. I think the connection between mental well-being and physical health is really starting to become a key research topic and is likely changing the way patients are treated. As an admitted pessimistic cynic, I really do understand that those stress headaches and upset stomachs are taking their toll, and can be largely under my control. That’s pretty empowering, even for a pessimist.

3. It’s a great example of the benefits of studying several groups of people in scientific studies. The researchers found several statistical differences between the white and black women studied (the disparity in health outcomes between optimists and pessimists was much more striking in the black women studied, for example.) These differences would have been missed if men or white women were allowed to portray some standard of the everyperson.

So go read up! The questions used to classify a person as optimistic or hostile and cynical are particularly amusing, such as having to answer true or false to “ I have often had to take orders from someone who did not know as much as I did,” or “It is safer to trust nobody.”   I know I’ll be thinking twice about those negative thoughts about my higher-ups!

I think it is great that research is focusing more on the link between physical and mental health. Just as our mental well being affects the physical ailments we experience, mental health issues often have genetic and/or biochemical causes. This could lead to better treatment of all medical issues.
Mind rules the body, therefore every thought and action of mind affect the body immediately. In similar manner, being optimist keeps the thoughts in positive direction so as the body acts... The research provided here is very true and should be acceptable to all...thanks for the info.
This is a great example of minimally invasive clinical research! Many people don't realize that surveys, preventative or interventional studies ARE clinical research and provide necessary evidence to conduct more powerful analyses. This particular type of association study is in line with what we envision doing for women who participate in the Illinois Women's Health Registry (https://whr.northwestern.edu). However, we need more participants in order to make our sample population as representative as possible. Without a diverse set of volunteers for studies like this, we limit the advances we can make in all areas of women's health.
It is really amazing.. nice keep it up
Nice informative health blog, keep up the good work.
For what I think mental well-being and physical health are of equal important and we should taking care of.
To be optimistic person is good for body and soul by all means, but for heart especially.
So the new age magazines and believers were on to something? Great!
Great article and cute photo. I'm not surprised to find that optimism is good for the heart. Look how negative feelings such as stress can impact the immune system or anxiety can cause sleep deprivation.
Have you ever experience feeling very good about your body right after a job well done?I have red about an article which says the body releases good chemical which makes you feel good whenever you done good and releases bad chemicals whenever your down,so for health sake we must all strive to think positive. Anna
Yeah, I guess science is starting to prove what we kind of always guessed. Positive thoughts bring positive things. Thanks for sharing your thoughts.
Physical, mental and emotional aspects of life are connected to one another. This are factors that makes us feel better as a whole and shares the great outlook toward others as well... Keep it up!
It's true that stress increases the hormone cortisol which can lead to increases in belly fat and then belly fat releases excess cytokines which is an inflammatory chemical in the body that does a lot of damage. Relax and be optimistic for a longer life, leaner body, and healthier heart!
Mind over body i think. It all about how you feel, think and its your actions that govern everything, even your well being. Thanks for the article.
Nice informative health blog, I totally agree that mental well-being and physical health are equally important.
I think it is hugely disappointing that it took "modern" medicine hundreds of years to study what the ancients knew. Better late than never!
The simplest solution is sometimes the best solution. I've always thought the 'natural' remedies should be tried first before resorting to any medication.
It is hard to believe that medicine can by so unsophisticated sometimes. Hopefully it will improve in the future.
I really enjoyed your thought provoking article. It was short on examples or links to good site, but it is a thought starter. The true/false questions are so objective as to be useless. I much prefer the range of emotion, from 1-5 or whatever. Keep prodding all of us, men and women, to be more aware of the mental side of physical health.
Nice informative health blog, I totally agree that mental well-being and physical health are equally important.
This is an excellent article. One of my philosophies in life has always been on the "glass is half full" theory. Sadly, many people I know see life rather negatively and are in the "glass half empty" category, which to me is a shame. Favorite saying: NEVER walk away from negative people - RUN
You're right, a connection between mental well-being and physical health is changing the way patients are treated.
Thanks for this kind of info I’m impressed, I must say. Rarely do I encounter a blog that’s both educative and entertaining, and let me tell you, you have hit the nail on the head. Your idea is outstanding; the issue is something that not enough people are speaking intelligently about. I am very happy that I stumbled across this in my search for something relating to this. keep up the excellent work!
Only yesterday there was a report on the BBC news linking early death with lack of exercise. The report mentioned 2 out of 3 adults in the UK were not getting sufficient exercise to be able to protect adequately against heart disease.
Your idea is outstanding; the issue is something that not enough people are speaking intelligently about.
I agree that behind the healthy body there is a healthy soul, being optimistic is one of the requirements.