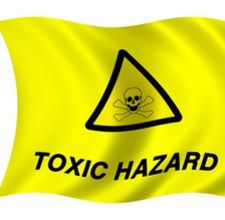 Eight substances were added to the  12th Report on Carcinogens, a science-based document that identifies chemicals and biological agents that may put people at increased risk for cancer.  The Report is maintained by the U.S. Dept. of Health and Human Services and data compiled by  the National Toxicology Program (NTP).

The industrial chemical formaldehyde and a botanical known as aristolochic acids are now listed as known human carcinogens. Six other substances — captafol, cobalt-tungsten carbide (in powder or hard metal form), certain inhalable glass wool fibers, o-nitrotoluene, riddelliine, and styrene — are added as substances that are reasonably anticipated to be human carcinogens. With these additions, the 12th Report on Carcinogens now includes 240 listings.

The Report on Carcinogens is a congressionally mandated document that is prepared for the HHS Secretary by the NTP. The report identifies agents, substances, mixtures, or exposures in two categories: known to be a human carcinogen and reasonably anticipated to be a human carcinogen. A listing in the Report on Carcinogens does not by itself mean that a substance will cause cancer. Many factors, including the amount and duration of exposure, and an individual’s susceptibility to a substance, affect whether a person will develop cancer.

Once a substance is nominated by the public or private sector and selected for consideration, it undergoes an extensive evaluation with numerous opportunities for scientific and public input. There were at least six opportunities for public input on each substance. The NTP used established criteria to evaluate the scientific evidence on each candidate substance under review. The NTP drew upon the scientific expertise of several federal agencies, including the National Institutes of Health, Centers for Disease Control and Prevention, Agency for Toxic Substances and Disease Registry, U.S. Food and Drug Administration, U.S. Environmental Protection Agency, U.S. Consumer Product Safety Commission, and Occupational Safety and Health Administration.

Formaldehyde was first listed in the 2nd Report on Carcinogens as a substance that was reasonably anticipated to be a human carcinogen, after laboratory studies showed it caused nasal cancer in rats. There is now sufficient evidence from studies in humans to show that individuals with higher measures of exposure to formaldehyde are at increased risk for certain types of rare cancers, including nasopharyngeal (the nasopharnyx is the upper part of the throat behind the nose), sinonasal, as well as a specific cancer of the white blood cells known as myeloid leukemia. Formaldehyde is a colorless, flammable, strong-smelling chemical that is widely used to make resins for household items, such as composite wood products, paper product coatings, plastics, synthetic fibers, and textile finishes. Formaldehyde is also commonly used as a preservative in medical laboratories, mortuaries, and some consumer products, including some hair straightening products.

For more information on the six substances reasonably anticipated to be human carcinogens, CLICK HERE to read the full press release.

Thanks for sharing us this informative blog post. It is extremely important to understand how these substances would cause a cancer in our body... Anyway, thanks for posting this and letting us know..Keep sharing!!!
Uh Oh! This list is growing rampant! I worked in a cancer hospital for eight years. As the increase in known carcinogens is no surprise to me it is still devastating. Nonetheless, the information is very valuable.
Might be just a matter of time until every substance is on the list. Hope we'll understand cancer well enough in the near future to properly judge the impact or harness these substances in a way that they will not cause any damage. Maybe they can be inactivated in some way, so we only gain from them
thanks for the information was good. whether we can copy this article for our show on our website?
Thanks for the great information. May I refer to your article? I want to make posts on my site about the theme that you write. My site is about how to re-unite with nature to build our health. I will combine the idea of returning to a organic medicine with the data in your writing is. thank you
I agree that carcinogens is a danger material causes cancer
This is very alarming news that whatever substance this is can cause cancer to us. Good thing that it is publish for us to know.
This is disturbing news..thanks for making everyone aware...Anytime you can choose to avoid cancer causing substances it is best to do so.
What are the primary effect of these Aristolochic acids? can you further explain?
Carcinogens are also prevalent in our food supply and drinking water. Wake up people!